by Nathan Chandler
Prev NEXT
4 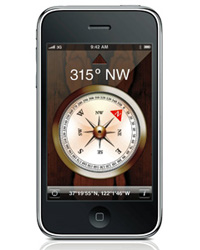 The iPhone 3GS looks identical to the iPhone 3G, but the 3GS features much faster performance.
Courtesy of Apple

The iPhone 3GS is a significantly upgraded version of Apple's iPhone 3G. The "S" in the new version stands for speed, and it's the single biggest improvement in this iPhone. Although Apple doesn't officially list 3GS specs, the unit does feature a 600MHz processor and 256MB of RAM, which is double the memory of the first iPhone [source: Shimpi]. That hardware is enough to significantly boost overall performance.

The 3GS boots in about half the time of the 3G. It also launches applications and programs of every kind faster than its predecessor. Data transfer is fast, too, with up to 7 Mbps downloads possible [source: German].

The camera is now 3 megapixels and offers controls for selective focus and white balance. It's also the first iPhone with video recording, and it includes easy-to-use video editing software that lets you tweak your clips on the fly. In addition, this iPhone finally offers voice control (omitted from earlier versions) and multimedia messaging.

Apple tweaked so many of the 3GS's features that we can't list them all here. But if you want the benefits of the 3GS, you'll have to ante up an extra $100 over the cost of the 3G. Although that's a considerable price jump, the giant leap in performance and features is worth the extra dough.