Here's the Scoop on HDR TVs

Television technology is always a big deal at CES. In years past, we've seen everything from glasses-free 3-D television to screens that curve toward you with the touch of a button. In 2016, the big story was with HDR. But what does that mean, and should you even care?

First, unlike 4K televisions, HDR doesn't have anything to do with image resolution. It stands for “high dynamic range,” and it has to do with luminosity, or how much light comes from a light source. But HDR involves more than just brightness. It also encompasses contrast and color representation.

Contrast is the difference between the brightest white colors and the darkest black colors your television is capable of displaying. Color representation is exactly what it sounds like — it's how well your television can replicate colors.

A television with a wide spectrum of luminosity values can provide both subtle and dramatic brightness and color levels on a single screen. This is what makes images look lifelike — they aren't just sharp and well-defined but also display the colors we see out in the real world. It can make a television seem more like a window.

An HDR TV set must meet certain standards in order to receive a badge from the UHD Alliance that certifies it is, in fact, a true HDR television. An HDR set must have 4K resolution and be able to display colors within certain technical color spaces. Depending on the underlying tech in the TV (such as an LCD or OLED display), other criteria also apply. The important thing to remember is that if there's not a badge from the UHD on the TV, it may not meet the proper standards, and you could be left with an expensive but unremarkable television.

A high dynamic range video feed on an HDR TV set should have more vibrant images with better contrast than non-HDR 4K TV sets. But there's a catch — you need an HDR video source to take advantage of the image boost you get with an HDR TV. At the moment, there aren't many options. Plus, there are different HDR coding standards battling it out behind the scenes: HDR 10 and Dolby Vision are the two main opponents. The two standards aren't compatible, and if your TV only supports one you won't be able to take advantage of the content using the other.

The best option may be to wait a bit longer to see how standards shake out. If either HDR 10 or Dolby Vision becomes the dominant encoding technology, TV manufacturers will likely follow suit. As a customer, you're more likely to be able to watch the stuff you want on the TV you own. And it should look amazing!

Peach in the Pits: The Very Quick Rise and Fall of a Social Media App 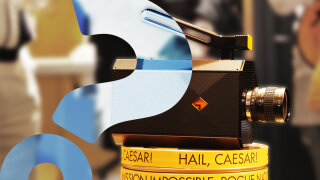 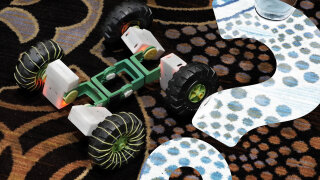 HowStuffWorks Now Video: 5 Technologies That Caught Our Eye at CES 2016 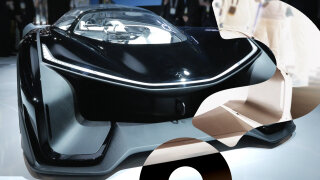