Brightness and Contrast in Video Projectors 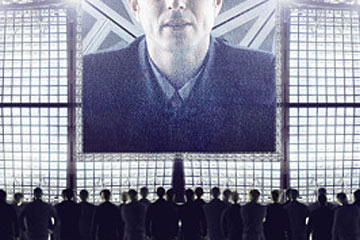 If you're going to use your projector in unpredictable situations like public speaking events, the unit's brightness is important.
Brand X Pictures/Getty Images

When you're shopping for a video projector, you'll notice product specifications of brightness and contrast. Brightness is typically measured in lumens, an American National Standards Institute (ANSI) standard unit for measuring the brightness of projected light. The larger the number of lumens, the brighter the projection. Contrast is measured in a ratio of brightest white to darkest black. The bigger the difference between numbers in the ratio, the better your viewing experience [source: Projector Central, Projector People].

Manufacturers provide brightness and contrast values to assist you in your purchase. However, these values can be misleading when comparing two projectors side by side. That's because of other factors that aren't taken into account when establishing brightness and contrast measurements. These other factors include the projector's picture-enhancing features and where and how you set up the projector [source: Projector Central].

Because brightness and contrast numbers alone can be deceptive, be sure to compare video projectors based on the environment in which they're used. The Web site Projector Central has a Projection Calculator to aid you in comparing projector models based on where and how you plan to set them up. The calculator lets you drag to adjust either the projected image size or the throw distance, which is the distance the light travels between the projector and the screen. Then, it shows you the recommended seating distance from the projected image and the maximum lighting you can have in the room for best results.

Aspect ratio and resolution should be factors in your purchase no matter where you plan to set up your new video projector. Brightness and contrast, though, vary in importance based on where and how you're setting up the projector. Brightness is more important for larger settings, like conference rooms or lecture halls. Contrast is more important in smaller home-theater settings.

Now that you recognize the key specifications found in video projectors, let's take a look at the general maintenance costs you should expect.