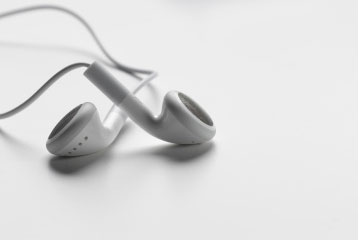 What's the right MP3 player for you?
Don Farral/Photodisc/Getty Images

Nothing turns a long ride, walk or jogging routine into a more enjoyable experience than an MP3 player streaming a supply of your favorite music at the push of a button. Although pocket-sized, an MP3 player can carry hours -- even days -- worth of music for portable listening enjoyment.

The first MP3 players were introduced in the late 1990s, and Apple’s iPod premiered in 2001. Since then, as they’ve become cheaper, smaller and lighter, and they can hold a lot more music. They’ve also become nearly ubiquitous. It wasn’t long before cell phones came out that could also double as MP3 players. In fact, by 2006, more phones with MP3 playing capabilities were sold than simple, standalone MP3 players [source: Plunkett]. But that doesn’t mean standalone MP3 players went extinct. For multiple reasons, including reserving battery life, better usability and storage capacity, many people still like having a separate device just for the purpose of playing music [source: Kwan].

If you're in the market for an MP3 player, you have plenty to choose from and multiple factors to consider. Although Apple's iPod line is enduringly popular and generally gets good reviews from experts, it does have serious competitors that you should consider. And if price is an important consideration for you, you definitely want to explore the cheaper options that might be able to satisfy all your needs.

Besides price, you'll also want to consider issues like usability, durability and extra features. A large part of your choice comes down to your listening style and how you plan to use the player. For instance, if you don't need to be in control, you can consider the simple, screenless iPod shuffle. If you exercise with it, you'll want one that's durable, or one that at least comes with accessories to protect it from sweat and pavement drops. If you have a vast library of music, plan to use it on-the-go for long periods, or want to be able to watch videos on it, you should consider storage capacity and battery life.

Speaking of storage, we'll be talking about that specifically on the next page.

The price of an MP3 player is largely dependent on how much memory it has. Memory is essentially storage capacity. So, the bigger the memory, the more songs it can hold (in addition to other files, like large video files). Memory is measured in bytes. When you read the technical specs of players, you'll usually see memory listed in GB (gigabytes, units of 1 billion bytes).

To help determine how much memory you need, let's consider an example. In 2011, Apple advertised its iPod Shuffle with a memory capacity of 2 GB as being able to hold hundreds of songs. The specific number largely depends on the the length of a song and the quality of the file. Bit rate, measured in Kbps (kilobits per second), determines the quality of the file. The higher the bit rate, the higher the quality and the larger the file will be. You'd be able to fit about 728 3-minute songs (36.4 hours of music) recorded at 128 Kbps on 2 GB of storage. But at the higher-quality rate of 320 Kbps, you'd only fit about 292 songs (14.6 hours of music). Other players have much larger capacities -- usually 4, 16, 32, 64 or even 160 GB.

Once you have a better idea of how much storage space you'd like, you can easily decide which MP3 player is best for you. The kind with the largest capacities are hard-disk MP3 players. However, these are susceptible to skipping, because the mechanism in them uses moving parts. Flash-memory MP3 players don't come with quite as much storage space, but they don't use moving parts and are generally more durable -- something that's better for those who want to listen while exercising.

Flash-memory players usually have enough storage space (up to 64 GB) to satisfy even those with fairly large music libraries. Although the hard-disk variety is still around (Apple's iPod Classic, for example, can carry 160 GB), flash-memory players are much more common. But if you have an extremely large library of music (more than 64 GB worth), or you want to also use a lot of storage space for video and high quality photos, consider a hard-disk player.

Sometimes the MP3 player itself isn't enough -- accessories can make the experience of listening to music even better. Read more about them on the next page.

Although they're still commonly known as MP3 players, nearly all portable music players can actually play other file formats as well, such as AAC or WMA files. 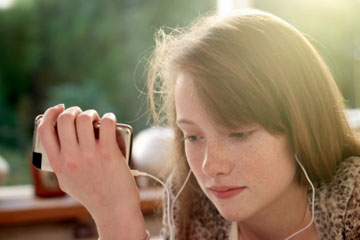 Research headphones to find the right sound for you.
Michael Blann/Taxi/Getty Images

To personalize your MP3 player best, you'll want to consider the wide range of accessories available. For instance, MP3 players typically come with basic earphones, but if you're interested in experiencing high-quality sound, you might want to get better headphones. After all, you already invested in a nice player and perhaps sacrificed precious memory space in preference for high quality music files. The best way to take advantage of those things is using quality headphones, such as noise-canceling headphones.

Casing and armbands are useful for those who like to keep their players both protected and accessible. Cases are often made of hard polycarbonate frames or pliable silicone sleeves, or a combination of the two. And armbands are perfect for use during exercise routines. And if you do use it for this purpose, consider a sweat-resistant arm-band (in addition to sweat-resistant headphones).

To take advantage of the MP3 player at home, you might enjoy having a boombox with a compatible port for your player. These allow you to plug the player in and blast the music through the speakers. Similarly, clock radios with compatible ports allow you to charge your player while you sleep and can even wake you up to a music playlist of your choice.

Some people opt for car stereo systems that work with their MP3 players. If you don't want to spend a lot on a new car stereo, however, there are other options for listening in your car. For instance, FM transmitters, audio cables that connect from the player's headphone jack to the car's line-in cable (if accessible), or, if your car has a tape deck, cassette adapter are all low-cost options.

If you rely on your computer to recharge your MP3 player, this can get more difficult when you're on the go. Even if you bring a laptop, you'll might not want to siphon off it's precious battery reserve for your music. Instead, you may want to invest in a separate charger, such as a wall charger or car charger, to keep your player juiced and ready to use when you want it.

After you've chosen your player, equipped it with all the helpful accessories and loaded it with songs, all that's left is to enjoy the music. For lots more information on MP3 players, see the links on the next page.