Electronics giant Panasonic unveiled its latest attempts at transparent living at the 2016 CEATEC (Combined Exhibition of Advanced Technologies) expo in Japan — that country's answer to the Consumer Electronics Show (CES) in the U.S. Panasonic's invisible TV got a lot of buzz.

The TV isn't a stand-alone device like today's popular flat-screen televisions, but rather a screen embedded within a glass panel. In the CEATEC display, the TV was incorporated into a cabinet as a pane of glass. When the TV's off, it  looks like a clear cabinet front that you could slide back and forth to access the objects inside. But when it's on, the transparent panel explodes into a brightly colored television screen.

The invisible TV looks like a glass door when switched off.
Panasonic

Panasonic introduced an earlier version in January 2016 at CES in Las Vegas. But the picture on the LED screen was dim, and only improved when the cabinet's under-shelf lighting was turned on, according to the website Engadget. The TV screen also wasn't that transparent when turned off. Determined to do better, the company changed the screen to an OLED display, which produces crisper images because each pixel lights itself, rather than being lit from behind. The new screen is also more invisible when the TV is off. Don't rush out looking for this product yet, though; company officials say it will be roughly three years before you can buy one.

While the invisible TV got a lot of attention, we're just as excited about Panasonic's new invisible stovetop. It features heating elements embedded within a regular kitchen table. To prepare a meal, you simply place ingredients on a plate -- say, a steak and some asparagus -- then cover it with a glass top on the table and cooking commences. You can even watch your meal as it cooks. Panasonic is mum on the technical specifics but says in a press release the "cooker is based on a concept totally different from that of induction hobs and griddles."  Another bonus: the stovetop keeps food warm throughout your meal. But the best part may be this -- no pots or pans to wash after dinner.

Now That's Interesting
In keeping with its invisibility theme, Panasonic also unveiled a wine and sake cellar at the CEATEC show. The twist? In addition to keep your beverage cool, the door contains a transparent panel. When activated it provides you with a wealth of information, such as recipes for entrees and sides that pair well with the booze inside.

Selling Diamonds to People Who Aren’t Getting Married 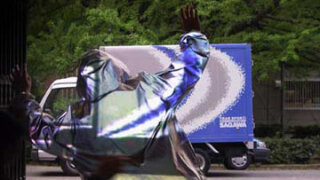 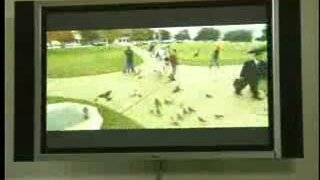 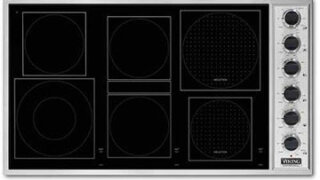