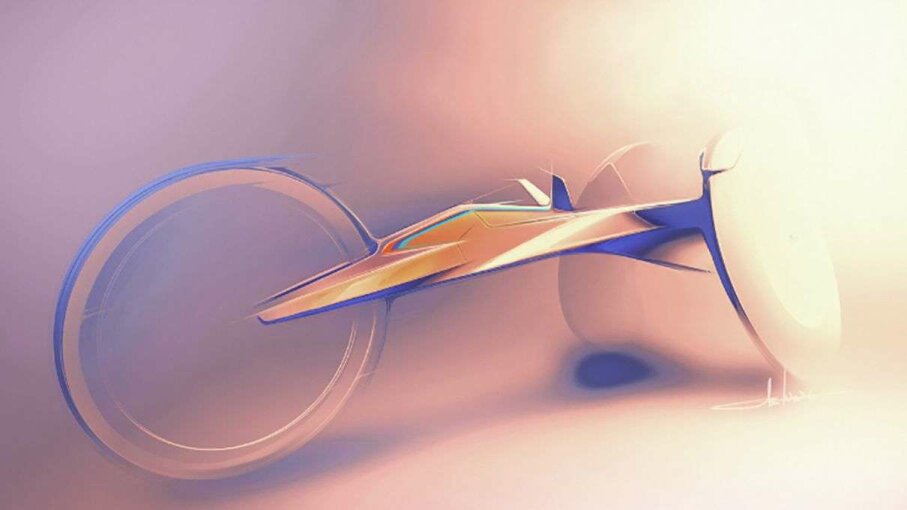 An artist's rendering of the new racing wheelchair BMW is developing for athletes on the U.S. Paralympics Track & Field Team in the Rio 2016 Paralympic Games. PRNewsFoto/BMW of North America, LLC

Next summer, BMW will take to the track in a speed contest like no other it's ever participated in: the Rio 2016 Paralympic Games. The car company's creative consultancy Designworks is working with the US Paralympic Track & Field Team to completely overhaul its Paralympic wheelchair.

The new design will have an emphasis on aerodynamics, steering and braking, lightening the weight of the rig with carbon fiber, and holding the racer securely in the chassis for optimum control at maximum speed and effort. "To perform at the elite level, any athlete needs to be comfortable and confident in their equipment," says BMW marketing vice president Trudy Hardy via email. "Our goal is to work closely with the athletes of the Paralympic Track and Field team to ensure that we're providing a wheelchair that delivers on both needs."

Top-end racing wheelchairs are built like bullets on wheels — very narrow, with everything oriented for forward motion and slipping through the air with the least resistance. The rear wheels tip in to keep them out of the way of racers' arms, and the front wheel is extended in front of the pilot for stability and better aerodynamics. Even without BMW's help, elite racers can reach 20 mph (32.2 kph).

The Designworks team will work with athletes and coaches to make sure their ideas hold up in the real world of Paralympic competition and then deliver the wheelchairs to the team for training in early 2016. The same chair will be used in sprint distances, like the 100-meter and 800-meter races, and long distances, from 5,000 meters to the marathon, Hardy says. She also notes that these will be kneeling wheelchairs, which is the regulation for T53 and T54 classes – different classifications depending on the athlete's spinal injuries – in Paralympic racing.

Just as in any racing event BMW has probably ever participated in, there is an inspection for the racers' wheelchairs, and the Designworks creation will have to pass. One challenge for the company, which takes pride in its aerodynamic prowess, is that regulation wheelchairs cannot have fairings, the aerodynamic shells many racing wheelchairs and motorcycles use.

BMW has partnered with Team USA for the past six years and used that aerodynamic knowledge to podium-gaining effect. You might remember the company's two-man bobsled design from the Sochi 2015 Olympic Winter Games, which helped Steven Holcomb and Steven Langdon earn the United States' first medal in two-man bobsledding since 1954. Hardy points out that BMW has also worked to develop training tools for Team USA long jumpers and swimmers.

This early in the design process, Hardy can't say how much such a highly developed racing wheelchair might cost in the end, nor how many seconds it'll shave off an athlete's time. "But we will say that a majority of wheelchairs used in the sport are typically aluminum," Hardy explains. "By using carbon fiber, one would be able to significantly reduce the chair's drag."

The BMW wheelchairs will make their public debut when the Paralympic Games begin in Rio Sept. 7, 2016.