Why would you want a WiFi scale?

Browse the article Why would you want a WiFi scale? 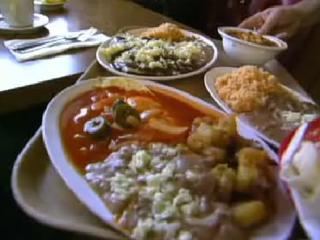 Diets aren't the only way you can lose weight. Dr. Oz tells us other ways you can control your weight daily in this Discovery Health video.
Discovery Health

The scale is a powerful ally -- or a powerful enemy. Dieters everywhere dread the readout of their bathroom scales, fearful of bad news and gained pounds. The scale is one sure way to judge weight loss, but it brings with it a number of problems. Muscle is denser than fat, meaning your weight could go up as you get into better shape. A few pounds are easy to gain or lose in water weight alone. Worst of all is the way a scale can affect self-worth. Your weight is a number, and it's only as powerful as you let it be -- but for some people, the scale represents guilt and apprehension and affects their happiness.

Boy, do scales sound rotten! Well, with the right mindset, they can keep you informed during a diet and help you stay within a target weight zone. People have been grappling with the positives and negatives of bathroom scales for years, but now this weight loss tool has new appeal for tech junkies: built-in WiFi.

Yes, you really can buy a scale that's ready to connect to your home wireless network and feed you weight information any time during the day. Does that sound terrible? If so, a WiFi scale might not be for you. But let's give this concept a chance. Let's look at how you can use a WiFi scale to your advantage, and how much one would set you back compared to a standard version.

What WiFi Scales Have to Offer

Bathroom scales haven't changed too much over the years: They all give you a weight readout, via a digital or analog display. Some will also display your body fat percentage, but they don't have to do much else. Enter Internet connectivity. Here's the big draw of a WiFi scale: It tracks data for you. You don't have to keep a chart of your weight loss or enter data each day into an app when it asks for your weight. You don't have to remember the information, because as soon as it weighs you, your WiFi scale uploads data to the cloud.

For example, Withings' WiFiBodyScale uploads your weight information to a free companion service that's accessible via a computer or a dedicated app on iOS and Android. The service keeps track of your statistics long-term, and automatically charts weight loss or gain and body mass index (BMI) based on your regular measurements. The scale can detect up to eight separate users, who can all have their own accounts to keep weight information private.

WiFi connectivity is ultimately about convenience. For example, many people already track their exercise routines with devices like the Fitbit. Fitbit has a Web site and apps devoted to taking exercise data and providing weight goals and calorie counters. The makers of Fitbit also offer aWiFiscale that ties into their existing service. More and more companies are taking this approach to fitness, offering all the gadgets you could possibly need to create a comprehensive tracking system.

Of course, there's a drawback to convenience: It's usually expensive. How much is a WiFi scale going to cost?

The Cost of a WiFi Scale 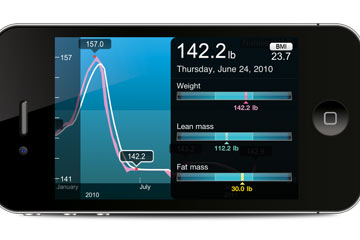 The added cost of a WiFi scale often includes extra perks, such as apps for smartphones that help you track your data. This is the Withings iPhone interface.
Image courtesy of Withings

A barebones bathroom scale can be had for less than $20. If you want something fancier than a plain old analog scale -- like a digital scale with user recognition and the ability to gauge body fat -- you'll spend between $50 and $100. As of mid-2012, Withings' WiFi Body Scale costs $160. Fitbit's costs $130. Neither is outrageously expensive, but they still cost as much as two or three or four simpler scales.

While regular bathroom scales have been around for so long that there are hundreds to choose from, WiFi scales are a newer niche product. As of mid-2012, Withings and Fitbit are the only two big names on the market.

Despite the added expense of Internet connectivity, WiFi scales offer something other bathroom scales can't: ready access to contextualized information. Sometimes, our bathroom scales make us paranoid. We fear the number. But weight tracking through a WiFi scale lets us focus on progression, not just a flat weight. It's the perfect opportunity to take control.

Even if the concept of a WiFi-equipped scale would mostly only appeal to techies like myself, I was surprised to see just how few options there are on the market. There are really only two choices -- and one of them wasn't even on the market as I was writing! (Both are available for purchase as of May 2012.) They're just a bit too expensive to have mass appeal when regular scales cost $10 or $20.