Should people who use wearables be paid for their data? 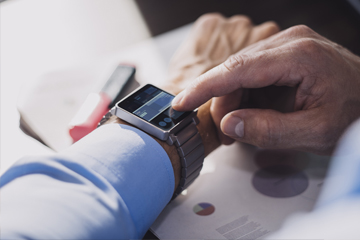 Your wearable may be giving away a lot of your precious data for free.
Guido Mieth/Getty Images

Chloe, a 20-something office worker, is a night owl who normally enjoys spending time with friends after work. Last night, however, she went to bed earlier than normal, and when she awoke, she had time to take a brisk walk before breakfast. By the time Chloe arrived at her job, she was well-rested, invigorated from exercise and a good meal, and ready to tackle the day.

Then again, her boss already knew that. Chloe and her co-workers are part of a research project that tracks their behavior — how much they eat, sleep, exercise, slouch and more — using wearable technology [source: Rackspace].

Mining personal data isn't just a far-flung concept that could happen in the future. Thanks to burgeoning consumer interest in wearable technologies that track everything from the number of steps walked per day to sleep patterns, we are becoming walking data centers offering free info for the taking [source: Investopedia].

Whether people should be compensated for the data they amass while sporting wearable technology is a sticky wicket we'll need to tackle on the next frontier. Chloe was a willing participant in a month-long study called the Human Cloud at Work, during which she wore three devices to monitor movement, brain activity and posture. But what about the data the rest of us provide via wearable tech? Should the companies or entities that use it pay us for our information?

Right now, we're more likely to be paying them. By purchasing wearable technology, you've probably already consented to sharing data. And those consents may not always be well-communicated. Many wearable technology products may not live up to the legal requirements to protect user privacy, as outlined in the Online Privacy Protection Act of 2003, and may not have a privacy policy at all [source: California State Legislature].

Of the devices that do offer privacy policies, their ability to store your data and share it with company partners is common. What's more, an analysis by a technology security company revealed that 100 percent of the hardware-based wearable devices they examined were 100 percent trackable. Some even failed to encrypt user-generated data, such as names, email address and passwords [source: Symantec].

How the Pebble Watch Works
How to Build Your Own Custom Car Entertainment System
Can I turn my iPhone into a guitar amp?