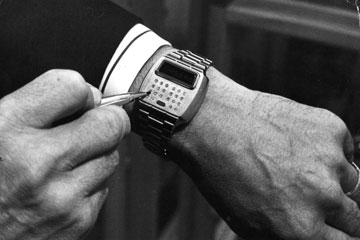 It's strange to think that something once as ubiquitous as the wristwatch is now an endangered species, rendered unnecessary by the clock display on mobile phones. According to the consumer research firm Experian Simmons, just 42 million Americans bought a watch for themselves in 2011, down from 55 million in 2004 [source: Goetz]. In the UK, a recent study showed that 14 percent of the public -- and 28 percent of those between ages 15 and 24 -- saw no need for a timepiece around their wrist anymore [source: McFarlane].

So, faced with becoming little more than a dusty museum piece, perhaps it was inevitable that watches -- like phones, coffee makers, refrigerators, automobiles and even entire houses -- would become "smart," i.e., equipped with microprocessors, software and wireless connections that allow them to perform all sorts of functions beyond the one for which they originally were intended.

It's unclear who first came up with the idea of turning the watch into a tiny computer with communications and networking capabilities. In the late 1990s, Swiss watchmaker Swatch and Dutch electronics giant Phillips tested a watch equipped with a radio-frequency identification chip that enabled it to pay subway fares and ski-lift fees [source: Taggart]. One of the first multi-featured devices may have been a wristwatch-sized computer equipped with both a touchscreen and a microphone for voice-activated apps and communicating, developed by Chandra Narayanaswami of IBM back in 2000 [source: Eisenberg]. In 2003, watchmaker Fossil, Microsoft and handheld computer maker Palm teamed up to develop the SPOT (Smart Personal Objects Technology) watch, a device equipped to wirelessly receive stock quotes, send and receive instant messages and do other stuff that seemed utterly cool at the time [source: McHugh].

Since then, we've seen the advent of vastly more powerful, sophisticated smart watches. One of the newest, the $149 Sony SmartWatch, is designed to do a lot of the things you count on your smartphone to do, such as accessing your digital music collection and keeping you plugged in to social networks. Better yet, it can do those things without requiring you to reach into your pocket or dig through your purse -- which may be one big advantage that wristwatches still have over phones [source: Sony.com].

What makes the Sony SmartWatch smart? 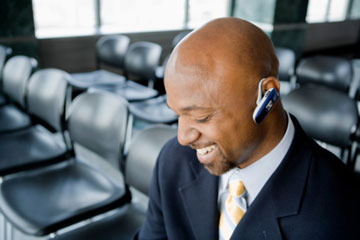 If you have Bluetooth, you can answer calls via your smartwatch, rather than digging through your purse or your pocket for your phone.
Creatas/Thinkstock

With its touchscreen display and icons, the Sony SmartWatch looks a lot like a really, really small Android smartphone. It's just 1.42 inches by 1.42 inches (3.6 by 3.6 centimeters) across, 0.3 inches (0.7 centimeters) in thickness, and weighs 0.55 ounces (15.5 grams) (somewhat less than the band to which it's attached) [source: Sony.com].

But while the SmartWatch lacks heft, it also demonstrates just how far the state of the art in miniaturization has come. While Sony doesn't disclose much about the hardware inside, the gadget-hacking Web site CMW, which dismantled one of the watches, reports that it sports a CPU that runs at 120 MHz, 128 kilobytes of RAM, and a full megabyte of flash memory for storage [sources: Murph, CMW]. That's more electronic muscle than some laptop computers had a couple of decades ago, and it enables the SmartWatch to run a stripped-down operating system that's compatible with Google's Android OS for phones, release 2.1 and up [source: Sony].

That last part is crucial, because when you aren't using the SmartWatch to check the time, it essentially functions as a Bluetooth-equipped peripheral add-on to your Android phone, piggybacking on the latter's wireless Internet connection. For some functions, such as music, it acts like a remote control, sifting through the phone's multiple gigabytes of storage to select and play songs. When the phone rings, you also can use the watch face to check who's calling you, and then -- provided you're also wearing a Bluetooth earpiece and microphone -- you can even answer the call without taking the phone out of your pocket or handbag [source: Olivarez-Giles].

But that's not the really sexy stuff. The SmartWatch can run its own teeny-weeny apps from Google's Play store or Sony LiveWare as well [source: Bennett]. Those enable you to scan your e-mail inbox, read texts, Tweets and Facebook posts, and even check the weather [source: Olivarez-Giles]. You can scroll through the apps by swiping a finger from right to left, while swiping downward eventually also gets you into an app tray similar to the one on Android phones [source: Bennett]. 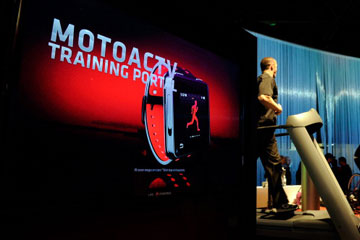 As a child in the 1960s, I was an avid reader of the comic strip "Dick Tracy," in which the intrepid detective and his colleagues -- always on the speculative cutting-edge of 20th century technology -- upgraded from their two-way wrist radios to wearing tiny two-way wrist TV sets. Back then, such gadgetry seemed like an unlikely dream. It was kind of unsettling when LG Electronics unveiled a wristwatch cell phone back in 2009 that actually had a camera and screen for video chatting. I notice, though, that the technology so far doesn't seem to have caught on in the marketplace, perhaps because most of us don't have anything as momentous to communicate as Tracy and his crime-stopping colleague Sam Ketchum usually did.