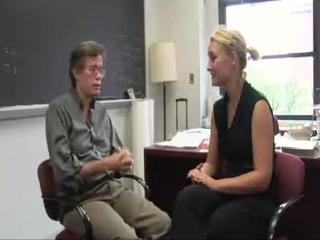 Kasey-Dee Gardner poses a common concern about the world's largest particle accelerator -- is it dangerous? Check out this video to find out why particle acceleration isn't going to end life as we know it.
Discovery

In September 2011, scientists at CERN, the European Organization for Nuclear Research, discovered something bewildering. They clocked a group of neutrinos fired from a particle accelerator traveling a little bit too fast. The neutrinos arrived at their destination, 450 miles (724 kilometers) away, 60 nanoseconds sooner than they should have. Sixty nanoseconds doesn't sound like much, but it's a big deal in this case -- the neutrinos should have been traveling at the speed of light.

And you know what travels faster than the speed of light? Nothing. Or so we think. That's been a cornerstone of physics since 1905, when Albert Einstein wrote the special theory of relativity. If those neutrinos were actually capable of exceeding the speed of light, well, the special theory of relativity would go out the window, and we would have to re-examine the laws of physics.

The scientists released their findings and encouraged the scientific community to scrutinize, challenge and prove or disprove the results. In February 2012, they figured out what went wrong: The GPS system used to measure the speed of the particles wasn't at the top of its game, and was malfunctioning. A loose fiber optic cable caused the measurement error, but the process CERN and the scientific community went through to verify its research is more interesting than the anticlimactic ending of a loose connection.

Carrying Out the Faster-than-light Neutrino Test

CERN's experiment accelerated neutrinos to the speed of light and fired them from Geneva to a detector at Italy's Gran Sasso National Laboratory, located 450 miles (724 kilometers) away. According to the project Web site, the goal of OPERA -- Oscillation Project with Emulsion-tRacking Apparatus -- was to detect the appearance of tau neutrinos from the oscillation of muon neutrinos. When the accelerated particles seemingly traveled faster than the speed of light, the OPERA project received a great deal of attention in the media and scientific community.

Most scientists were appropriately skeptical. After all, if these neutrinos were actually traveling faster than the speed of light, a principle theory of physics would no longer be reliable. According to a CERN press release from September 2011, the OPERA scientists spent several months cross-checking their experiments and found no instrumental anomalies that could explain the results.

Using GPS systems and atomic clocks, the OPERA project could determine the speed of its neutrinos down to an accuracy of 10 nanoseconds or less. The science community naturally decided to perform their own tests. The February 2012 meeting of the AAAS, or the American Association for the Advancement of Science, indicated that five similar experiments were gearing up to test out OPERA's claims, but they weren't completely necessary: On Feb. 23, 2012, CERN announced that two elements of their system could've caused the faster-than-light readings. 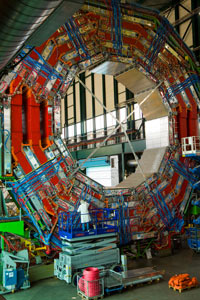 The Large Hadron Collider is so cool, it's easy to forget CERN is a huge scientific organization undertaking all sorts of experiments that don't involve slamming atoms together! The faster-than-light neutrino experiment is a great example: The results got tons of publicity because you don't need a brain for physics to understand nothing travels faster than the speed of light. You also don't need a mind for physics to start dreaming up the sci-fi potential of faster-than-light travel! I almost wish OPERA's findings had borne out. How cool would that have been?

How can an electrode suit treat nerve disorders?
How Virtual Reality Works
How can you hear a call on a smartphone that doesn't have a speaker?