How does CERN synchronize timing devices?

Browse the article How does CERN synchronize timing devices? 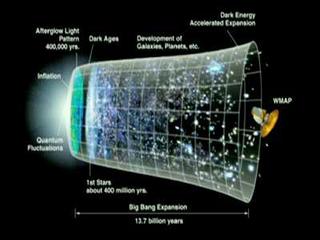 Watch this TED video to learn how scientists are colliding particles at super high speeds in order to get a glimpse of how the universe could have been created.
TED Conferences

The Large Hadron collider measures 17 miles (27 kilometers) in circumference. It's the biggest particle accelerator in the world, and cost more than $10 billion to build. But it's just one of many amazing pieces of technology the scientists at CERN use in their physics research. CERN runs a number of linear and circular accelerators and other installations, like a mass separator and an antiproton decelerator, to conduct physics research. In some cases, tests at CERN are conducted over great distances: Neutrinos are regularly beamed from CERN to Italy's Gran Sasso National Laboratory (LNGS) 450 miles (724 kilometers) away.

When particle accelerators beam matter across large distances at the speed of light, they naturally need to be timed with near-perfect accuracy. Despite the distance mentioned above, the speed of those neutrinos could be measured to within 10 nanoseconds. How does CERN manage that kind of accuracy? They use GPS, atomic clocks and a whole lot of optical cables to network together a vast array of technology.

CERN's scientists have written detailed, complex papers explaining the inner workings of their timing systems. Signal frequencies, measurement systems and accuracy equations are just a few of the elements in CERN reports that scientists eat up and the rest of us wrinkle our brows at, including one that details the calibration of the GPS time link between CERN and LNGS.

Here's the short version: When measuring the speed of neutrinos traveling from CERN to Gran Sasso National Laboratory (LNGS), scientists need to precisely sync their instruments. So, one pulse-per-second (PPS) GPS measurements are time stamped with a measurement system called CTRI, which is based on the atomic clock that's linked to both labs and is paired to a GPS system. Those timestamps can then be compared between the two locations, and the difference in time reveals the flight time of the neutrinos. Sounds pretty simple, right?

Well, the setups still require all sorts of tests to ensure accuracy and equations to account for inevitable margins of error. The receivers CERN uses in communication with LNGS are certified by the Swiss FederalOfficeofMetrology. Because they're dealing with such precise numbers, even the position of an antenna and the cables used can throw off results.

How CERN Syncs Time at the Large Hadron Collider

The Large Hadron Collider uses a technology called WorldFIP to synchronize systems within 10 nanoseconds. WorldFIP is a fieldbus, a technology used to network a large number of systems together -- something the LHC obviously needs. Like the timing systems used to coordinate neutrino tracking between CERN and the LNGS, WorldFIP is linked to a GPS system. The data from that system is relayed to equipment across the Large Hadron Collider to keep everything synced to universal time.

With an oscillator-based master clock, CERN can supply its equipment with time data with an accuracy of one nanosecond. One of the WorldFIP system's most challenging tasks is keeping 1,800 power converters synchronized to within one millisecond. It also serves to synchronize radiation monitoring, magnet positioning, cryogenics and other systems at the LHC.

Of course, not every system at the Large Hadron Collider has to be accurate to such a degree. Some have wiggle room of tens or even hundreds of milliseconds. Considering the installation is so huge and packed with some of the most complex technology in the world, that's still pretty impressive.

When CERN announced in September 2011 that it may have found evidence of neutrinos moving faster than the speed of light, it rocked the scientific world and set off a flurry of "what if" theoretical discussions. Further investigation and duplicate tests revealed two faulty mechanisms that rendered the initial findings insubstantial: a malfunctioning component in the GPS system, and a defective fiber optic circuit. You win again, speed of light!

CERN's timing systems are one of the most complex things I've researched for HowStuffWorks. That's partially because there's no single system at work in all of CERN's many particle accelerators -- different installations have different requirements -- and the accuracy of the timing systems comes down to the nanosecond. Biggest surprise: Even the smallest adjustment of an antenna can impact the synchronization of timing devices.