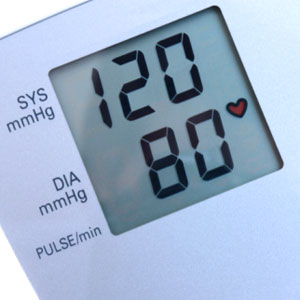 The self-tracking movement has seen some early successes in helping people with hypertension lower their blood pressure.
iStockphoto/Thinkstock

Products like the Basis B1 band appeal to people known as self-trackers. While the term is relatively new, the concept is quite old. In fact, if you've adjusted what you eat during the day based on a bathroom scale's morning reading, then you already know about self-tracking. So, the concept has been around for years.

What's different now is that more people are joining the movement -- and not just because they have a chronic health condition. The other difference: Folks aren't measuring one health variable at a time. They're measuring several variables simultaneously, taking advantage of sophisticated technology that simply wasn't available to consumers 10 years ago.

Many trace the beginning of the modern self-tracking movement to Kevin Kelly, a co-founder of Wired magazine, and Wired contributing editor Gary Wolf. Kelly and Wolf believed that today's smarter -- and smaller -- electronic gadgets could do much more than read e-mail and play music. They hoped to use their smartphones, MP3 players and watches to measure key attributes of their physiology and then display the information so they could modify their behavior to improve their health. It was like old-school biofeedback but with new-school technology. They described the approach as self-quantifying, and their movement became known as The Quantified Self, or QS.

Regardless of the name (you'll also hear it called medical self-care or personal informatics), the process is the same: People collect data about their own biology and then use that data to gain insight about health and affect behavior change.

If you've been burned by a few fad diets, then you might be skeptical about the effectiveness of self-tracking. But there's mounting evidence that people can use self-tracking to develop healthier lifestyles. Some of that evidence is coming from the Center for Connected Health, an offshoot of Harvard Medical School founded in 1995. The center's mission is to put health care, by way of information technology, back into the hands of patients.

For example, one of its programs -- Blood Pressure Connect, which supplies hypertension patients with a blood pressure cuff and a transmitter to send data to a Web-based management tool -- has shown very promising results in clinical trials. A May 2012 study demonstrated that hypertensive patients lowered their systolic blood pressure (the first number), on average, 6 millimeters of mercury after participating in the program. A decrease in systolic blood pressure of just 5 millimeters of mercury can reduce mortality due to stroke and heart disease by 14 percent and 9 percent respectively, so the results are significant [source: Kvedar].

The Basis B1 band operates on the same principles as Blood Pressure Connect: It uses a patient-worn monitoring device and transmits data to an online portal for analysis and feedback. Although no researchers have studied the Basis technology in a clinical trial, it stands to reason that the device could deliver similar positive results. Of course, the band doesn't focus on just one variable -- it measures five using a suite of sophisticated sensors.