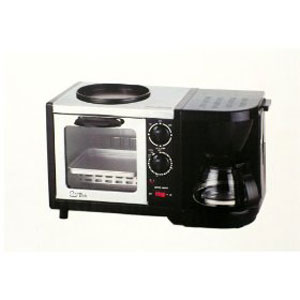 There is a term for what results when two or more inventions combine to form a new invention -- technological convergence. Under the loosest definition, a 3-in-1 toaster oven coffee maker and frying pan would be a prime example. It's good for making breakfast in a rush, but normally convergence is reserved for emerging technologies, usually in the telecommunications field. Phone lines combined with computers led to the Internet. E-mail clients combined with cell phones, LCD displays and SMS messaging to create cell phones. Devices are being mashed together to create myriad hand-held portable gadgets.

As energy becomes more valuable, especially in these environmentally conscious times, manufacturers have sought new ways to power these convergent devices. Melding supplemental forms of energy production into conventional sources -- like rechargeable batteries -- seems to be the new hallmark of converging technology. One of those devices created in the midst of this new era is the Iqua VizorSUN.

­The Iqua VizorSUN is a little hands-free Bluetooth car kit that, as its name suggests, clips neatly onto a car's sun visor. Its small size -- the slim device measures less than 6 inches (15.2 centimeters) wide and less than 4 inches (10.2 centimeters) deep and weighs less than 6 ounces (170 grams) -- means there's a lot of technology packed into a little box. Like other hands-free Bluetooth kits, it allows drivers to easily take calls that are rerouted from their cell phones to the VizorSUN. What makes this device unique is that it combines Bluetooth with renewable energy technology in the form of solar cells embedded in the VizorSUN's top.

Find out about the underlying technology behind the VizorSUN on the next page. 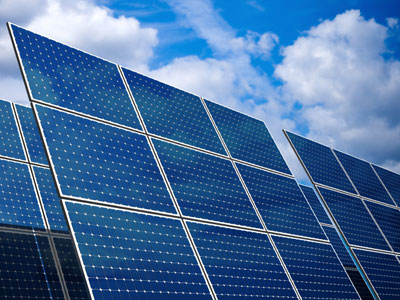 Benefits of the Iqua VisorSUN 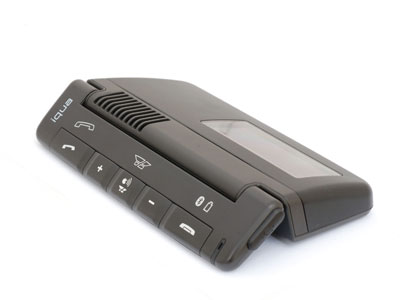 The VizorSUN extends the life of the battery through its solar cells, by as much as 20 hours of talk time by recharging the battery. It can also stand by on a full charge from the solar cells for 500 hours [source: Apple]. Since it clips to the visor, which is more often up than down, the solar cells may be hidden from the sun. To get the maximum amount of sunlight exposure, the device comes with a dashboard plate that's held fast by suction cups.

If you live and drive in a sunny climate, this could conceivably mean that your VizorSUN will never leave your car. Drivers who live in Fargo, ND, have little reason to fear. In the dead of winter (or spring, summer or autumn), the device's internal battery can be recharged via USB hook up.

Since the Iqua VizorSUN is a hands-free adapter for wireless phones, it offers the benefit of safety by definition. The interface is plainly clear; push one button to talk or disconnect and another for volume. If your phone has voice-activated dialing, then the VizorSUN does too, which makes it a fully hands-free device. Aside from an indictor that shows the level of the battery charge, that's about it for the interface. The device also clips to the car's sun visor, which puts it within reach of the driver, and in the same line of sight as the road.

About one million drivers on U.S. roads are talking on their cells phones at any given moment. These drivers are four times more likely to get into major car accidents than drivers who aren't using a handheld cell phone [source: Edmunds]. Talking or texting on handheld cell phones and even using Bluetooth headsets or earphones fall into the category of distracted driving (so do fiddling with an iPod or a navigation system, as well as unruly children in the car). It makes sense; focusing one's attention on finding the perfect song for the perfect moment, telling one's kid to pipe down or texting sweet nothings at 80 miles per hour can lead to trouble along the road.

Completely hands-free calling may lead to easier calling, but even when using a hands-free device like the VizorSUN, you should pay attention to the road and avoid calls when possible [source: AAA]. Even with the most advanced of technologies, when something as unpredictable as humans is factored into the equation, nothing can be perfect.

For more information on the VizorSUN and other gadgets, visit the next page.