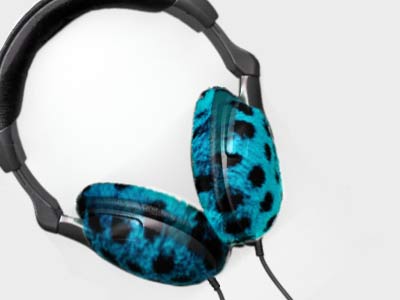 Essential Gadgets Image Gallery Now you can stay warm and keep the tunes flowing by getting yourself a pair of headphone earmuffs. See more pictures of essential gadgets.
©iStockphoto.com/Daniel Norman

That four-mile jog is so much harder in the winter. The single digits on the thermometer are less than motivational. The one thing that usually helps pump you up, your MP3 player, is still carefully tucked in your room because the thought of those ear bud headphones that feel like ice against your ears is too much to handle on this cold morning. If only you didn't have to choose between your ear bud headphones and your earmuffs.

Well, you're in luck -- now you can stay warm and keep the tunes flowing by getting yourself a pair of headphone earmuffs.

As MP3 players and other portable music gadgets have become practically ubiquitous, it has become necessary to make them as usable as possible, no matter what the temperature is. So, the ever-expanding need for multipurpose gear has created a new branch in the headphone industry. Headphone earmuffs are exactly what you think they are -- headphones inside a pair of earmuffs.

­With everyone from the big box chains to outdoor stores and fashion shops selling the product, you should be able to find a pair that fits your style and budget. They come in a variety of styles and colors and range in price from $10 for a basic pair up to around $200 for a top of the line model. Most of the time, you can expect the average earmuff headphone set to run about $30 [source: Perfect Present]. Try using the Internet in your search for the best deals and customer reviews.

It shouldn't be too hard to imagine headphone earmuffs, after all, just imagine a pair of old-school style headphones -- the kind many club DJs sport. If you can't conjure an image, think of Oreo-sized pads covering two small speakers, attached by a thin, adjustable metal strip -- and it all fits on your head like a pair of earmuffs. Since earmuffs are shaped quite similarly, it's not that far fetched that the two items could be fused into one convenient gadget.

The mechanics involved are about as simple as you would expect. You start with a standard headphone set up. There are two ear cups, each containing a speaker, a headband, a wire connecting the two speaker ear cups and a universal plug that will fit into a variety of different technological accessories [source: Gadget Reviews].

The headphones are covered in a warm, soft fabric, as if they have their own winter jacket. Sometimes a thin layer of fabric is placed over the speakers, and other times the earmuffs just form a tube around the speakers to protect your ears from the cold. Like most of the earmuffs you've come across, they're usually collapsible and just like the headphones you've used, they're adjustable.

For information about other interesting gadgets, check out the links on the following page.

Where would we be today without the innovative thinking behind the Sony Walkman? July 1, 1979 marked the birth of a new way of enjoying music when Sony introduced one of its most famous products. Although it was originally called the "Discman," this musical breakthrough soon became known as the Walkman. Before its production, cars and home stereos were your only options, so the Walkman made music portable for the first time. These days, iPods and other MP3 players have basically made the groundbreaking Walkman obsolete, but who knows if we would have stumbled upon this technology without the foundation Sony laid [source: Sony].