Would a $15 Minimum Wage Spawn a Robot-ruled Workforce?

This article is going to be a doozy, so you may want to pack a lunch. We'll be looking at a lot of issues spanning technology, the economy, jobs and the concept of income. At the heart of it all is fast food.

Recently, former McDonald's USA president and CEO Ed Rensi appeared on Fox Business to talk about the minimum wage. He argued that if the United States federal government mandated raising the minimum wage to $15 an hour (the current level is $7.25 an hour), it would give business owners the incentive to replace minimum wage employees with robots, particularly in the fast food industry.

There are a lot of elements at play here, so we'll look at each in turn. Rensi's main argument is that it would be less expensive to purchase a $35,000 robot arm to do a low-wage job than to pay a human $15 an hour to do that same job. Is that true?

Assuming the minimum wage employee has a 40-hour work week, the yearly salary would be around $31,200 before taxes. So a year's salary wouldn't pay off the $35,000 robot investment alone. If the company also offered any benefits or bonuses, that might make up the difference. Either way, it would require about a year to pay off the investment.

But let's say that wages remained at what Rensi called a “reasonable level.” At the current $7.25 an hour, it would take about 2 1/2 years to pay off the $35,000 for a robot arm. Assuming the working life of the robot arm were longer than 2 1/2 years, it still would make more financial sense to move to robots.

Then there's the fact that many people in minimum wage jobs work part-time. Companies have an incentive to use part-time workers because they don't have to provide as many benefits as they would to full-time employees. The math can work out so that five people working the same position on a part-time basis are less expensive than a couple of full-time employees working that job. A robot wouldn't just replace one employee — it might replace several.

It's already tough out there. Several studies have suggested that the minimum wage in the U.S. is not a livable wage and leads to a greater need for social welfare programs to make up the difference. Even McDonald's suggested as much back in 2013, when the company partnered with Visa to create a financial planning site for low-pay employees. In a sample budget planning document, not only was the monthly take-home pay too low to meet average needs, it also assumed the employee had a second job on top of a 40-hour-a-week gig as a McDonald's cashier.

Because you could argue that it makes financial sense to replace employees with robots already, Rensi's position seems to boil down to not wanting to pay employees a higher minimum wage. This is particularly troubling if you consider that Rensi started working at McDonald's back in 1966. Assuming he made minimum wage, that means he was earning $1.25 an hour, which in 2016 would be equal to $9.23. That's nearly $2 above the current minimum wage. In the interest of fairness, it's important to point out that McDonald's-owned restaurants pay over the minimum wage, but McDonald's franchises, which make up 90 percent of all McDonald's restaurants in the U.S., have their own policies.

Rensi's argument also relies on robots being as good as or better than humans at lots of different jobs. Even if you design a robot for a single purpose, it's not a guarantee it will perform that job better than a human. It might be some time before robots are demonstrably preferable to humans. If a franchise made the jump to robots today, the managers might find out that the robots aren't performing up to expectations. That's an expensive mistake to make.

Then there are other considerations. Without a living wage, more people are going to rely heavily on social programs, which are expensive to maintain. If fast food restaurants lay off employees in favor of robots, the unemployment rate will go up. Fewer people will be making the money necessary to buy those robo-burgers in the first place. It looks like in the long run, everyone ends up a loser.

Eventually, we're going to have to figure out what happens when automation becomes standard across all jobs. If there are no jobs for humans, then there's no way to earn a living. Income will have to become separate from the concept of work. The wealthy will seem to be in a better position at first, but if there's no one to buy stuff, then money ultimately becomes worthless. Even the wealthy will be out of luck at that point.

Perhaps we'll one day end up having an economy similar to the one in “Star Trek,” where money is a foreign concept (unless the plot dictates otherwise). But in the meantime, we need to ask ourselves some tough questions, including asking if justifications for keeping the minimum wage where it's at are valid. Check out the video above to see how we tackle these issues.

What Makes This Video of Things Melting So Satisfying? 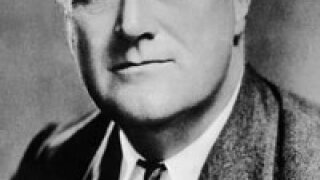 Predicting Human Obsolescence, One Job at a Time 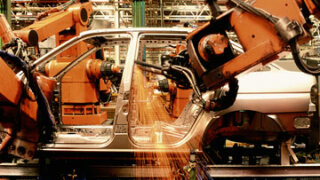 How have robots changed manufacturing?