by Jonathan Strickland Jul 20, 2016
These 3-D cubes are called voxels and when they're connected, they can create sound effects. HowStuffWorks

A team of scientists have created 3-D-printed, interconnecting cubes that can transform sounds. Each of these cubes is a voxel — a single unit that, when joined with other voxels, creates a system with specific acoustic effects. You could build a network that muffles the noise coming from an engine, for example. Or you could build a system that emphasizes particular pitches through resonance. So how does it work?

At its most basic level, sound is vibration. You can affect that vibration by making changes to the medium through which it travels. This is the basis for musical instruments. And many instruments manipulate sound by changing the size and shape of a chamber that sound travels through. A trombone is a perfect example — moving the slide on a trombone makes the instrument longer and lowers the pitch of the sound coming out.

By understanding the effect physical space has on a sound, the scientists could print and connect voxels together to change the quality of that sound. They could even build musical instruments. The group built a working bugle out of the voxels and then housed the plastic instrument inside a 3-D printed hippopotamus.

Besides cheap car mufflers and musical instruments that look like animals, voxels have other uses. The team demonstrated that you could create a smartphone app that generates what sounds like a meaningless noise. You can transform that noise using a system of voxels. If you program the app so that it recognizes different tones, you can audio tag physical objects. It's like a sound-based bar code.

Let's say you've got three different products. Each product has a different configuration of voxels inside of it. The smartphone app can recognize the tones produced by each configuration and identify the product based upon the sound it generates. You could use this quality to authenticate goods.

You could also create a type of authentication system using voxels. Imagine creating a limited edition toy that collectors are dying to get their hands on. You incorporate voxels into the interior of the toy's design — they're hidden away so it doesn't detract from the aesthetic of the toy itself. You make buyers aware of the feature and create an app they can download for free. When they seek out this limited edition beauty, they can use the app, hold it up to the toy and the app can verify that it's an official, licensed product and not some cheap knock off.

These are just a few of the potential uses for voxels. And since they are easy to produce and test, we're likely to hear a lot more about them in the future.

Why Don't We Notice We're Blinking? 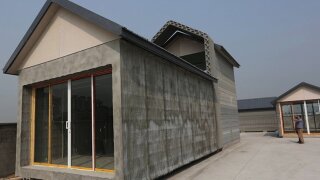 Fw:Thinking: Your Future Home Will be 3D Printed 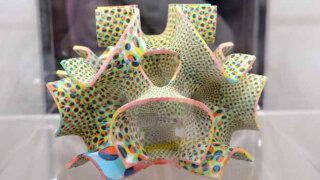 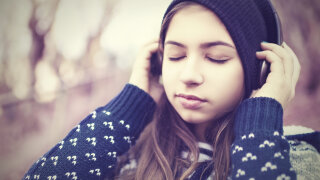 10 Unidentified Sounds That Scientists Are Seriously Looking Into

How Telemedicine Can Help You During COVID-19 and Beyond
April 1, 2020

Searching for the Lost Horizon of Shangri-La
March 31, 2020