We know it will take something really big to upstage your new toy replica of BB-8 that you can control from your Android phone. So try this: How about a tiny robotic car that can climb a wall and cling to it like a spider, driving on a vertical surface?

Vertigo uses tiny fans to counteract the effects of gravity by pressing itself to vertical surfaces.
Disney Research

VertiGo is a wheeled automaton developed by a partnership between Disney Research Zurich, one of the entertainment giant's research labs, and Swiss research university ETH Zurich. And as you'll see in the video above, the little machine can really perform some mind-blowing tricks.

Not only can VertiGo handle various types of terrain, from pavement to grass, but it also can climb a vertical concrete wall, seemingly with little effort, and then stick to its surface as it races around with pretty much the same degree of agility it displays on the ground.

"By transitioning from the ground to a wall and back again, VertiGo extends the ability of robots to travel through urban and indoor environments," explain the researchers in an explanatory paper.

VertiGo accomplishes all of this by being a cross between a car and a helicopter. In addition to its wheels, it has two tilting propellers. When it climbs a wall, one propeller provides thrust in an upward direction, while the other provides thrust horizontally that presses the robot to the wall.

According to Disney Research Zurich scientist Paul Beardsley, the most difficult challenge in making VertiGo work was counteracting weight.

"A flying or climbing robot needs a battery for power," he says in an email. "The heavier the robot, the shorter is the possible flight time or climbing time. Most consumer drones, for example, can fly for about 15 minutes and then the battery power is drained. So we needed to keep the weight low for the robot's body, wheels, mini-computer, batteries and cabling."

VertiGo is primarily constructed out of lightweight carbon fiber and pieces created by a 3-D printer. "If you look at VertiGo's wheels for example, they are large so that the robot can travel over indentations of the wall, but they have a spoked design, not solid," says Beardsley. "This was one of the ways that we saved weight, and we had to be careful in every component."

Another strong point of VertiGo's design is that it actively pushes itself into the wall, and doesn't rely upon suction or stickiness. As IEEE Spectrum points out, that means the robot isn't dependent upon the wall's textural characteristics; it will drive on smooth glass, masonry or rough surfaces such as tree bark. It should even be able to maneuver on curved surfaces.

VertiGo also has a control system that enables a researcher to maneuver it like a remote-controlled toy car, but it's not difficult to imagine Disney creating a future version that users could control with a smartphone app. It's also not hard to imagine a fancier version of the robot turning into the must-have toy of a holiday season in the not-too-distant future.

Beardsley himself sees numerous possibilities for the technology. "The robot might potentially be used for entertainment purposes," he says, "For example, to provide visual lighting effects high up on a building or wall. Or it might be styled as a physical character such as a robot bee, or it might be used for a racing game controlled by remote control from the ground."

Now That's Cool
Wall-climbing robots aren't completely new, though previous generations didn't have the speed, agility and ease of transition that VertiGo displays; Carnegie-Mellon University researchers developed a lizard-like robot in 2007 that used its tail and a "geckolike, ultrasticky fiber" on its feet to stick to vertical surfaces.

Is This How Ant-Man Controls His Ants?

What Makes a Food 'Natural'? 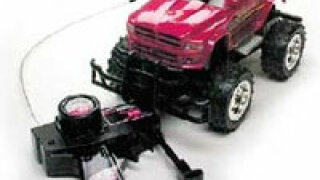 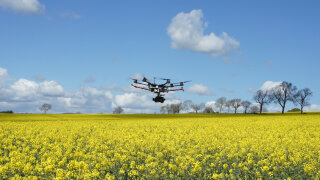