by Jonathan Strickland May 17, 2016
Horse racing not your thing? No problem. The UNU swarm intelligence platform is happy to predict who will win the 2016 Stanley Cup (the Penguins) or who Donald Trump will pick as his vice president (Chris Christie). Horsephotos/Getty Images Sport

If you have a penchant for betting the ponies, or just betting in general, you might want to consult the closest beehive, ant colony or school of fish. These animals all exhibit what's called swarm intelligence  the intelligence of the group as a whole is greater than the sum of its parts.

And during this year's Kentucky Derby, an artificial intelligence platform used swarm intelligence to correctly predict which horses would come in first, second, third and fourth place. That's a 540-to-1 long shot!

So how does swarm intelligence work? In general, when groups work together as a unified whole they outperform individuals trying to accomplish the same task. For some things, this is easy to imagine. For example, a group of people foraging for food are more likely to gather more sustenance than a single person would. But it turns out you can harness this same approach for other things, such as determining trends, creating memes or even predicting winning horses.

Tech Republic writer Hope Reese relied on a company named Unanimous A.I. to suss out which horses would take the top four spots at the Kentucky Derby. The company has a platform called UNU that you can use for all sorts of applications. UNU relies upon crowd input. But rather than rely on the hoi polloi for the Derby predictions, Unanimous A.I. gathered data from 20 self-identified horse experts.

But before you rely on UNU for all your prognosticating needs, you should remember that the predictions are based upon what people think will happen and people can be wrong — even in large numbers. How else can you explain the popularity of reality TV?

We Talk With the Man Who Lived Like a Goat

Our Future Could Be Built on Ants 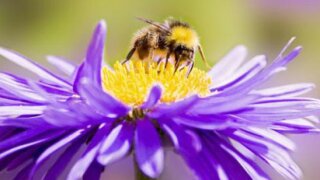 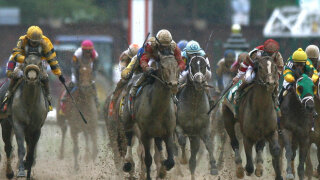