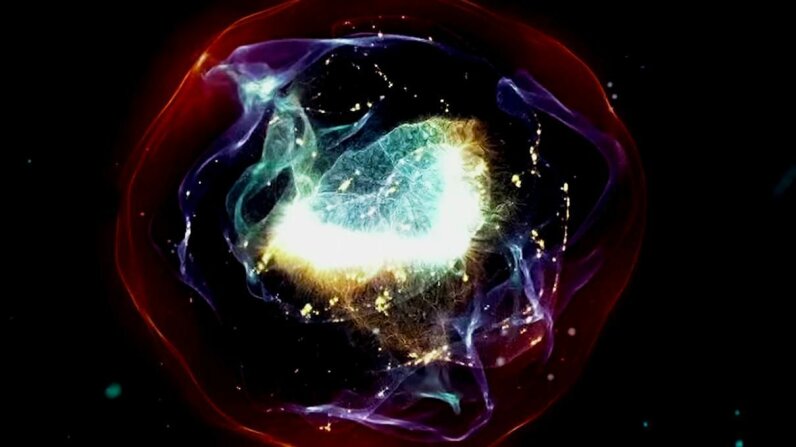 Harvard researchers announced they have been able to compress liquid hydrogen into a metal. Harvard University/YouTube

Back in 1935, physicists Eugene Wigner and Hillard Bell Huntington of Princeton University predicted that if subjected to sufficiently intense pressure, hydrogen would become a solid metal. For the past several decades, scientists in a few elite labs around the world have been trying to accomplish just that, bombarding hydrogen with lasers and electrical pulses, and trying to squeeze it between diamonds.

It's not just curiosity that drives them. If metallic hydrogen could be manufactured and remain stable at room temperatures, it might be an amazingly useful material. For one thing, scientists believe that it would be a superconductor, capable of allowing electrons to flow through it without any energy loss. And when heated, it would release a huge amount of energy, giving it the potential to be a game-changing propellant for rockets.

But one downside to metallic hydrogen? Nobody's been able to actually produce it — that is, apparently, until now. Harvard University researchers believe that they have created metallic hydrogen for the first time in the laboratory. In an article published in the journal Science, natural science professor Isaac Silvera and research fellow Ranga Dias describe compressing hydrogen at low temperatures between specially treated synthetic diamond anvils, and observing it transition through stages — from transparent to black, and eventually to a substance that reflects light. "The properties are those of an atomic metal," they conclude.

Corresponding author Silvera didn't respond to an email, but in a Harvard YouTube video, he says: "We have made a new material. It's a material that never has existed on Earth before."

Others also see the discovery as momentous.

"This paper is likely to be one of the most important ones in physics for several decades. It solves (experimentally) a major outstanding problem," says Jeffrey M. McMahon, an assistant professor of physics at Washington State University not involved in the research, via email. "This is especially the case if metallic hydrogen exhibits the remarkable properties expected." He says that metallic hydrogen could turn out to be "potentially the most powerful rocket fuel known."

To create the substance, Silvera and Dias began by compressing liquid hydrogen — the element liquefies when cooled to minus 423 degrees Fahrenheit (minus 253 degrees Celsius) — in an anvil made from two synthetic diamonds. Then they turned a steel screw to exert more and more pressure upon the liquid hydrogen.

At a pressure of about 2 million times that of Earth's atmosphere, the hydrogen was transparent. But once they doubled the force to 4 million atmospheres — more intense than the pressure inside Earth's core — the hydrogen turned opaque and black. Tightening the screw even further, the hydrogen sample reflected about 90 percent of the light that was shined upon it.

The Harvard scientists' finding comes more than 80 years after metallic hydrogen was first imagined. "It has taken so long because the pressure at which it becomes metallic is higher than was originally thought by Wigner and Huntingdon," explains University of Illinois professor David M. Ceperley, an expert in condensed matter physics, via email. "At pressures about 300 [atmospheres], diamonds become very susceptible to cracking, especially when hydrogen is present. Many other experimentalists are surprised that Dias and Silvera were able to go up to the pressures they report successfully."

Ceperley cautions that the discovery will need to be validated by additional research. "Even the Harvard group has not repeated it yet," he says. "They need to verify that what is in their cell is pure hydrogen and that the gasket material did not get dissolved in there making it metallic. They need to measure other properties than just optical reflectivity."

But in a recent article in the journal Nature, some scientists expressed skepticism about the discovery, saying that they wanted to see additional proof that metallic mercury actually had been produced. Rivera told The New York Times he plans to perform additional measurements on the hydrogen, using a process called Raman scattering, which uses laser light. He also plans to take the sample to the U.S. government's Argonne National Laboratory in Illinois, where it will be probed with X-rays.

Ceperley also isn't convinced that metallic hydrogen will necessarily turn into a game-changing rocket fuel. He doesn't think it will remain stable once the pressure upon it is released, the way that a diamond does. Instead, he expects that it will revert to a molecular form that's stable only at low pressure.  "I think the most likely application," he says, "is to teach us how to make better superconductors out of hydrogen-containing compounds. Clearly pure metallic hydrogen by itself will be at too high a pressure to be useful."

Now That's Interesting
According to the 2005 scientific textbook "Structure-Property Relations in Nonferrous Metals," while metallic hydrogen would be an exotic material on Earth, it's likely to be abundant within the interiors of Jupiter-sized gas planets in other solar systems; the authors write that it might even be "the most common metal in the universe as a whole."