Headphones That Could Make You Happy

by Rachel Pendergrass Apr 20, 2016
The Nervana headphones aim to stimulate the vagus nerve externally and currently are retailing for $279. Tim Robberts/Getty Images

A Florida-based startup wants your music to make you even happier. Called Nervana, the company has created a pair of headphones with a patent-pending vagus nerve stimulation generator. That generator syncs music to an electrical signal that aims to trigger the release of dopamine, a feel-good neurotransmitter. The result is supposed to be an intense buzz of happiness that can be felt for hours after turning off this "lifestyle and wellness device."

As you've no doubt guessed, the headphones (it's actually a pair of patented ear buds and a generator) work by stimulating the vagus nerve, nicknamed the "neural superhighway." The nerve runs from the brainstem, through the neck, and down into the abdomen, where it connects with most of the major organs.

The idea of vagus nerve stimulation (VNS) is nothing new. The U.S. Food and Drug Administration approved its medical use in 1997, and more than 100,000 patients have undergone the surgery. In traditional VNS, a silver-dollar-sized generator is implanted under the skin below the collarbone, with wires tunneled up the patient's neck to wrap around the left branch of the vagus nerve. It sends electrical pulses to the nerve every few minutes, and in some cases patients have a special magnet that they can use to manually trigger stimulation, too.

VNS has been used successfully to treat epilepsy and treatment-resistant depression, and it's being studied as a treatment option for rheumatoid arthritis, heart failure, diabetes and intractable hiccups.

Nervana's setup doesn't require surgery. The headphones takes advantage of the fact that the vagus nerve runs very close to the skin by the ear and places the source of the stimulation in the left earbud. It's a much less expensive and intrusive way to stimulate the vagus nerve. According to the Mayo Clinic, noninvasive VNS systems like this are already cleared to treat epilepsy, depression and pain in Europe.

The company says it has tested its device on hundreds of adults and recommends two Nervana sessions of 15-45 minutes twice daily. It's important to note again that this is a lifestyle and wellness device, not a medical one. In case you're worried that the product won't work for you, which is entirely possible, you can return it within 14 days.

Along with syncing up the stimulation with your own music library, the headphones feature an 'ambient' mode, which will allow users to sync their stim to music at festivals or to whatever noises happen to be around you at the time (that's one way to make work meetings a bit more interesting).

In addition to providing a legal way for listeners to get a buzz at music festival, the company is hoping its technology can be used by research organizations that otherwise can't afford to experiment with VNS.

Nervana CEO Ami Brannon says she's particularly excited about one project that the company has started to pursue: "There's a possibility of working with veterans who have come back with PTSD. We're really excited about ... [being] able to help people in general, but especially our veterans."

The company's Indiegogo campaign has raised $512,200, or 683 percent of its $75,000 flexible goal, and is slated to close in five days. The headphones currently are available for $279 and will ship out by June.

Now That's Cool
The vagus nerve gets its name from the Latin word vagus, which means "wandering."

Harriet Tubman to Replace Andrew Jackson on the $20 Bill

Why Google Warned Us About Google.com 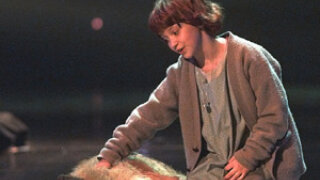 Is there a link between music and happiness? 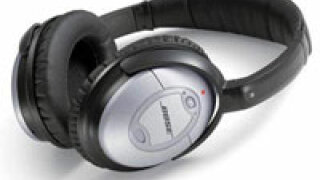 What is the neurochemistry of happiness?

What's the Difference Between Sasquatch and Bigfoot?
April 9, 2020