by Patrick J. Kiger Feb 1, 2017
What does the technological revolution mean for the future of grocery shopping? fandjiki/Getty Images

We live in a 21st-century world where we can summon a car with a few taps on a smartphone. In fact, we shop online for just about everything, from clothes and books to cars and even houses. But when it comes to food, most of us still end up at our local supermarket, where we push wobbly metal carts down the aisles, grab wares off the shelves, and then stand in long lines while a clerk tallies up our purchases and bags them for us. In 2015, Americans purchased nearly $650 million in groceries that way from the nation's supermarkets — sprawling 20th-century-style emporiums that stock, on average, about 39,500 different items apiece, according to industry website FMI.org.

But experts say that that's all about to change, big time. The grocery industry, with its razor-thin profit margins, high labor costs and antiquated method of peddling its wares, is headed for a drastic makeover. Already, we've seen the emergence of online ordering and delivery services such as Peapod and Instacart, which Morgan Stanley analysts predicted would be used by up to a third of U.S. shoppers last year.

But that's just the start. Experts say that in the near future, the food shopping experience will be reshaped by technologies ranging from augmented reality and robotics to the Internet of Things' power to gather mountains of data about our purchasing habits and preferences.

Checkout lines, for example, are likely to vanish. Amazon's prototype Amazon Go supermarket in Seattle borrows sensing technology from self-driving cars to spot what products customers are putting in their carts, and then automatically bills the purchases to their Amazon account. When they're done shopping, they just leave the store.

"As the 'click-and-collect' programs improve we will see more stores and consumers using it," says grocery industry analyst David Livingston of DJL Research. Over time, Livingston expects such services to become more and more sophisticated, so that you may not even have to put the food in your cart. Instead, you might point your smart phone at an image of an item, and the store will have it ready for pickup at the door — or else will deliver it straight to your home. Delivery service could become a lot cheaper once robots are loading the goods into driverless vehicles that companies such as Alphabet, the parent company of Google, are working to develop.

The Selfridges department store in Birmingham, England, could one day see an interior that's as futuristic as its iconic exterior.
Neale Clark/robertharding/Getty Images

Already, major U.S. grocery chain Kroger is using a technology platform called QueVision, which uses sensors distributed throughout the store to give managers a sense of how many customers are in the store at any given time. But in the near future, stores may combine sensing technology, smartphone shopping apps and even facial recognition software already being used to catch shoplifters to recognize you the moment you enter the store. The smart supermarket might offer a personalized shopping experience by making suggestions based on your previous purchases. That information might come to you via an augmented reality device such as the Microsoft HoloLens, which could mix data and even holographic images into your vision field.

"When you walk through the grocery store of the future, the information will come to the consumer," predicts futurist Jack Uldrich, who advises companies on how to prepare for trends. "It'll tell you where the food came from, how many calories are in it, and what's on sale this week."

We may also do more in supermarkets besides just shop for breakfast cereal and apples. Uldrich envisions grocery stores trying to evolve into gathering spots where people will come to take yoga or cooking classes, or simply hang out and see the neighbors, in addition to buying food. "Just like your local Starbucks is a social experience, the local grocer could do the same thing," he says. "I think you'll see a lot of experimenting in that area."

Now That's Interesting
Uldrich thinks that grocers may someday deliver food directly to the trunk of your parked car while you're running another errand or sitting through your kid's violin recital. He notes that Volvo has partnered with a Swedish startup called Urb-it to offer a package delivery service in Stockholm, where users choose their own delivery person — an "urber" — and give that person a one-time digital code to access the trunk.

2016 Broke the Record for Stolen Data 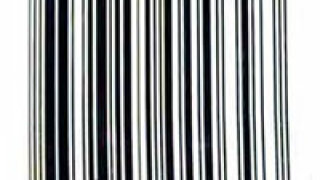 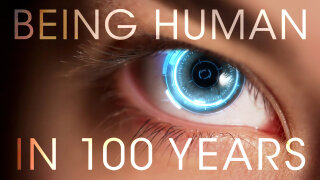 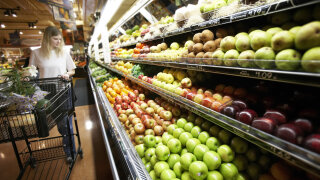