On the day you were born, your mom probably counted your little fingers and toes, but stopped short of grabbing a magnifying glass to examine the uniqueness of your cute fingerprints and toe prints.

Like most people, she likely took for granted that no two fingerprints are supposed to be the same. Although that's technically true, teensy-weensy fingers have traditionally given finger printers a hard time, but new technology is hoping to change all that.

Professor Anil Jain, a biometrics expert at Michigan State University, and a team of researchers, have developed a prototype device that can read infant fingerprints more accurately than before, thanks to image enhancement.

Here's the problem with wee ones: The prints themselves don't change – the roadmap is still there, but since the fingers have yet to grow in size the patterns are densely compacted and soft compared to what they'll be in a few months or years.

"For [the] 0-12 months age, the fingerprint capture process is challenging because of the faint or low contrast ridge structure," explains Jain in an email interview. "There are also challenges due to very small finger size and to wet and dry fingers. While the ridge and valley structure itself does not change after birth, there are challenges with imaging the fingerprint."

The new reader is a small device that can be placed between an infant's fingers. A machine learning algorithm that Jain and his team developed uses high-resolution images to get a more accurate read of the prints. A button on the device lets the user capture the fingerprints.

Jain hope to lower the age at which a reliable fingerprint can be obtained, thanks to their innovation. "Prior to our study, the general belief was that it is not possible to capture and recognize newborns, infants and toddlers based on fingerprints," he says. Now, with this updated fingerprint sensor and matching software, "the recognition accuracy for 12 months and older kids is close to 100 percent, [though] it drops to 80 percent for the 4 weeks and 6 months age groups," he notes. "We are continuing our efforts to refine the sensing technology and improve the matching software."

Although some conspiracy theorists might balk at the idea of insta-fingerprinting, there are legitimate uses that don't involve Big Government Tracking Your Every Move. In many developing countries, people lack any form of identification so biometric fingerprinting has a wide variety of applications.

A baby's fingerprints are captured with the newly developed fingerprint reader at a clinic in India.
Michigan State University

Indeed, he is working with the World Food Program and the Aadhaar national ID program in India to create similar proofs of concepts. In India, most children are fingerprinted at age 5 and then again at 15. Due to the changes in prints he mentioned earlier, Jain recommends that children be re-fingerprinted as they get older.

In the U.S., many parents have already provided fingerprints of their children to police. "I did the whole nine yards," says Courtney (last name withheld), of Dallas, Georgia. "They were doing kits at a police event, and it includes a saliva sample, fingerprints and video of the kids walking and talking. There's even a scent component in case a police dog needs to find them. I love the idea of having the info handy and ready, just in case."

Even though the vast majority of adult fingerprints stay the same, there are a few extreme cases when they may change. This might be because of severe injury to the fingers or fading due to damaging occupations, like construction or welding.

"Some individuals, to evade identification, purposely alter their fingerprints, say by burning the fingertips," Jain explains. "That is why, law enforcement agencies take fingerprints of all your 10 fingers. Not only 10 fingers give higher recognition accuracy, but it guards against situations where you have suffered injury to a few fingers or you altered a couple of your fingerprints."

Now That’s Interesting
Biometrics (statistical analysis of a person’s characteristics) aren’t limited to fingerprints and that creepy iris scan. Your uniqueness can be identified by other physiological markers, like face recognition, voice, retina, DNA and odor. From a behavioral perspective, your gait (the way you walk), voice, signature and keystroke are all dead giveaways that you are you, and nobody else.

This Rare Giraffe Is Losing More of Its Color Every Year

Inside the Troll: The Science of Being an Awful Person 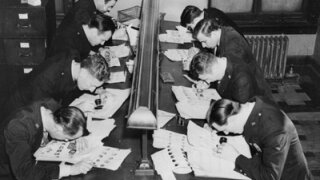 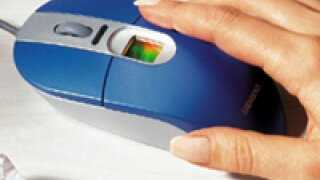 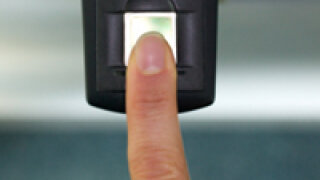