If you grew up in the '90s — more specifically from February to May 1991 — you probably owned or coveted a Hypercolor T-shirt. The clothing, which was dyed with a regular dye and a thermochromic dye, used heat to change the appearance of your super awesome T-shirt with just a touch of a sweaty hand.

Unfortunately, a few washes made that second dye disappear, leaving you with a boring one-color shirt.

If you missed out on Hypercolor, no worries. Among others, a London fashion firm called The Unseen also creates "reactive" clothing; that is, clothing that can change in response to different environmental triggers. (Think clothes that turn different colors based on pollution levels, or even the pressure of the atmosphere.)

And now, The Unseen has debuted an even cooler little trick. The newest collection isn't clothes at all but rather hair dye that can change hues based on temperature fluctuation. It's called FIRE, and it seems like a rather gasp-inducing work of seeming magic.

With just a breeze of air, hair can move from scarlet red to pastel blond to raven black, and back again. For Harry Potter fans, it's almost like Nymphadora Tonks has come to life. Fitting for a firm that states on its site: "We believe technology is Magick."

While it may look like magic, it's just a bit of science. With a bit of temperature change (it's unclear how big or small the temperature change must be), the carbon-based molecules can produce a different absorption of light, which leads to a color change.

So get ready to jump on the latest craze: environmentally sensitive hair colors. But do be prepared that just like Hypercolor shirts, the dye is semipermanent. After a few washes, you're going to be back to the same old hair color you had before.

Now That's Interesting
In general, hair dye is considered low to moderate in terms of toxicity. The Unseen says it is attempting to reduce exposure to any not-so-great chemicals by wrapping the irritants in polymer chains, but testing is still being completed to finalize a commercial product.

These 23 Guidelines Could Stave Off an AI Apocalypse 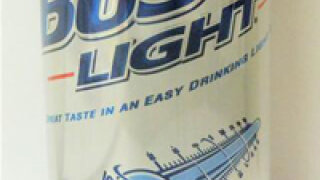 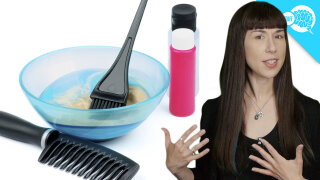 5 Things to Know About Native American Languages Spoken in the 21st Century
May 29, 2020