by Kristen Hall-Geisler
Prev NEXT
6

Get Your Own Grid 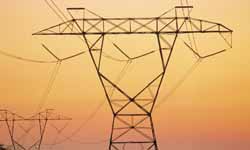 There are some people, often in hemp pants and vegan shoes, who want to get off the grid and live on the land in harmony with nature. Or maybe they want to stick it to the man. Or maybe they're in a maximum-security jail.

Santa Rita Jail in Alameda, California (it's near San Francisco, no surprise) uses an array of fuel cells, solar panels, wind turbines and diesel generators to power its very own micro grid. All the jail's power is generated on-site, which means it doesn't have to connect to a central power plant or be on the grid at all. When a storm knocks out power in Alameda, the electricity at the jail is still on. That's a relief, eh?

In addition to safety, the microgrid delivers cleaner power for less money. The jail actually saves $100,000 a year and sells some of its excess power back to the grid. And because the solar panels and wind turbines are hooked up to batteries and diesel generators, the fickle nature of sun and wind don't cause dips in power. They've got backup.