The Convenience of FMC 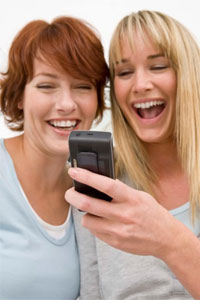 With FMC, your phone could switch from cell service to WiFi seamlessly; you could go from home to work to the coffee shop, all the while saving money on cell charges and still being able to share that funny video while you wait in line for a latte.
Goodshoot/Getty/Thinkstock

Proponents of fixed mobile convergence (FMC) tout convenience as a big factor: One phone number reaches you wherever you are. You'd be able to start a call in the house, then hike off to wherever there's cell service without hanging up or switching phones (Voice Call Continuity, in industry-speak). It would also let you take advantage of VoIP (Voice over Internet Protocol) services like Skype, when an Internet connection is available, saving expensive cell phone minutes. The ability to use WiFi would also effectively expand coverage for your cell phone, particularly inside buildings, where it can be difficult to get cell service. In a converged world, you could make a call through your office WiFi network, head outside and connect to the cellular system, then connect back up to the WiFi at the coffee shop, all without losing the call or, really, doing anything at all. Just don't keep talking when you're in line for coffee. Everybody hates that.

For the communications industry, FMC offers a way to reverse another trend -- Fixed Mobile Substitution, where customers get rid of their home phones in favor of a cell phone. In the United States, the National Center for Health Statistics reports that one in six homes had abandoned their wired phone for wireless by the end of 2008, and studies in other countries have shown similar trends [Source: Blumberg].

With the growing popularity of Internet capable phones like Apple's iPhone, switching to WiFi when it's available also reduces load on the cellular network, and customers can still Twitter about being in line for a coffee, or perhaps pass the time by watching amusing videos of cats.

Of course, transmitting videos of cats was not what Alexander Graham Bell had in mind when he invented the telephone. This was not shortsightedness on his part-- it would, in fact, take many decades to reach this stage.