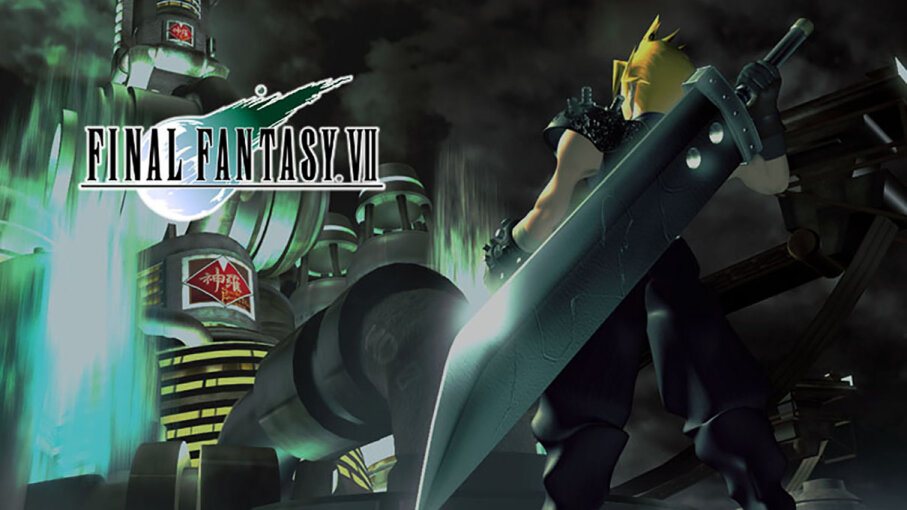 Originally released in 1997, "Final Fantasy VII" became one of the most popular games on the original PlayStation console, and helped changed the video game landscape. Square Enix

On September 7, 1997, "Final Fantasy VII" arrived in North America. The Sony PlayStation video game introduced many English-language gamers to their first Japanese role playing game, or JRPG. Combining mystical elements with a post-industrial fantasy setting, the seventh installment in the iconic series gave the player control of the game's protagonist, Cloud Strife; The North American release of "Final Fantasy VII" received a marketing blitz nearly unheard of at the time, and it paid off; the game proved to be wildly popular, selling more than 11 million copies.

Twenty years after its release, "Final Fantasy VII," developed by SquareSoft, remains iconic. The company now called Square Enix announced in 2015 it was creating a remake of its classic game for the PlayStation 4 console. Sony included the announcement in its E3 presentation that year, and wowed the audience with a teaser trailer.

But it's been more than two years since that announcement, and gamers are still waiting for the remake. But we thought it would be fun to take a look back at the series and see what made "Final Fantasy VII" so special two decades ago.

One thing that sets the "Final Fantasy" series apart from other franchises is that it's not contained to a single set of characters or even a common world. Most of the games follow the same general plot: You control a hero or group of heroes who must face overwhelming odds to defeat an enormously powerful villain. This villain has goals that usually, but not always, threaten everyone in the game's world.

While each game inhabits its own world, there are common elements across worlds. Some creatures, like the flightless birds called chocobos, appear in nearly all the games. Items such as healing potions or phoenix down, which can resurrect fallen comrades, also appear in games across the series. Occasionally, you'll run into a familiar character archetype who shares a common name across a few games. But beyond that, there's no real connective tissue between games.

A screenshot from the upcoming "Final Fantasy VII" remake for the PlayStation 4 console shows updated graphics for the 20-year-old game.
Square Enix

One of the elements that sets "Final Fantasy VII" apart from its forebears was its departure from a more typical fantasy environment. Up until then, "Final Fantasy" games had delved into a Tolkien-esque world of knights and wizards, dragons and castles. In making the leap to a techno-futurist setting, "Final Fantasy VII" kept some of the weaponry (swords of preposterous size have become as much a hallmark as the spiky hair of the protagonist), magic and weird beasts, but introduced an industrialized, semi-modern world that appealed to a broader audience.

What's in a Name?

Eventually, Square addressed this problem and published all the Final Fantasy games in the US, updating the numbering as it did so to bring both the Japanese and U.S. versions in alignment. By the time "Final Fantasy VII" rolled around in 1997, everyone was (somewhat) on the same page, even though installments numbered with the Roman numerals IV, V or VI had yet to see official release in the U.S.

Gameplay in most of the early "Final Fantasy" games followed a pattern. Outside of combat, players control characters as they explore the world and interact with other entities, then randomly encountering foes to fight. Once in battle, the game switches to a turn-based mode. Here, players give each of the characters in their party commands and try to manage their resources to maintain enough oomph to take on any bigger, badder bosses down the path. Rinse and repeat, as shown in this video footage of gameplay from the PlayStation original:

Though the 1997 "Final Fantasy VII" used this gameplay technique, the remake won't, apparently. It will incorporate a more action-based gameplay mechanic to appeal to a modern gaming audience. Gone are the turn-by-turn commands, replaced with a more fluid twitch-based approach to combat.

Many JRPGs have similar gameplay elements as "Final Fantasy VII," so what actually made it special? For many, it was the characters. Cloud is a flawed protagonist with a complex backstory. His companions had nuanced personalities. The compelling story featured lots of twists and turns, and it was just plain weird.

The "Final Fantasy VII" character Aerith Gainsborough is a popular cosplay subject even two decades after the game's release; she was a fan favorite and played a role in several memorable scenes in the game.
Azur Cosplay Photography/Flickr/CC BY-ND 2.0

So, About That Remake...

Development on the remake has had its own twists and turns. When Square Enix announced its original plans to release the remake in several installments, some fans were worried. The company explained that the scale of the game was so large that Square Enix would have to publish in multiple parts or else make drastic cuts to the game for the purposes of file size. In May 2017, news broke that Square Enix shifted development from an external studio to an in-house team. There has been no official word on when the game will launch.

If you're intrigued and can't wait for the remake, whenever it may arrive, the original version is available for PC and for iOS devices.

Now That's Interesting
Since the first "Final Fantasy" game was released in 1987 for the Nintendo Entertainment System, the franchise has grown to more than a dozen "main" games and more than 75 spin-off games across dozens of consoles, apps and systems.