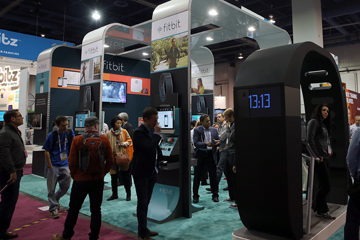 "This above all: to thine own self be true, And it must follow, as the night the day, Thou canst not then be false to any man." -- William Shakespeare, "Hamlet"

The bard wasn't just whistling Dixie when he penned this line in his classic tragedy of betrayal, incest and greed. There are shelves upon shelves of self-help books, scores of meditation guides and an entire army of psychotherapists out there dedicated to helping people get a handle on just what's going on inside their own heads. You can't be true to yourself, without knowing who that self is.

"What a piece of work is a man!" Hamlet exclaims in the midst of one of the play's more psychoanalytic passages. More than four centuries later, advances in modern technology are providing more opportunities for humans to examine their own particular pieces of work. This is the era of the quantified self, a personal-monitoring movement that just may change the way we live.

The beauty of modern technology is the depth and range of information that it makes available with a few keystrokes, finger swipes or voice commands. Want to know what that song is playing in your local coffee shop? There's an app for that. Lost somewhere outside of Barstow, on the edge of the desert? Ask Siri for the quickest route back to civilization.

And what if there was an app for just for you? The quantified self is the idea that people can use modern technology to better track themselves, to monitor sleep, work and exercise habits, mood shifts, sexual activity, how they spend their money and what they eat and drink, among other subjects. Through this so-called "data-drive life" quantifiers can use the information to attain a wide variety of goals, from losing weight to improving the efficiency of their household chores. For some, the data is both the end and the means, a way of learning things about yourself that you might have never known otherwise [source: Wolf].

How (Why?) to Quantify Yourself

Popularized by technology writers Gary Wolf and Kevin Kelly (Kelly also co-founded Wired magazine), the quantified self is a broad term used to encapsulate all of the different ways in which people are using increasingly effective and available technology to track their daily lives. Whether it's to simply achieve a certain goal or reach some sort of Buddha-like higher level of what Wolf calls "self-knowledge through numbers," there's no shortage of tools out there to track everything from your exercise and sleeping habits to heart rate, glucose levels and blood-oxygenation sensors [sources: Antephase, Wolf].

Like many movements before it, the idea of the quantified self came about at the intersection of a recognized need and the technological advances necessary to meet it. Humans have long been into measuring stuff, but until fairly recently gathering data was a protracted process that required manually entering information into spreadsheets and other software and then using it to build individual charts and graphs. It was also susceptible to human error and subjectivity, dependent on both the data gatherer's focused efforts and variation of observation and gathering cycles to paint a complete picture [sources: Wolf, Wolf].

Take FitBit, for example. These paper clip-sized activity tracking devices continuously sync to smart devices and computers to give a wide range of fitness-related info, including the number of steps a user takes in a day and the distance the user travels by foot, as well as calories burned, total activity time, weight and body fat changes. It also allows users to log the calories and food they intake each day. An accompanying app presents this data in easy to read charts and graphs and awards "badges" for achieving personal goals. Similar sensor-based devices can be used to track length and types of sleep [sources: FitBit, Wolf].

But the quantified self isn't limited to physical fitness goals. Self-knowledge seekers are using data gathering tools to add endless variables to their logs, from focusing ability and mood to caffeine consumption and menstrual cycles.

The macroscope refers to the use of a broad span of smaller data bits to quantify a particular pattern. Gather weather data from scores of hyperlocal stations in order to track the climate, for example, or use roadway sensors from various collection points to study traffic patterns. Like the quantified self, the macroscope is made possible by constantly improving and accessible data collection technology [source: Antephase]. 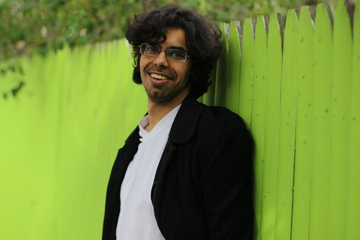