by Jonathan Strickland
Prev NEXT
16

The Future of Gaming 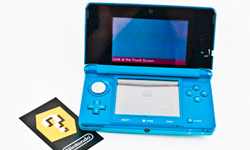 The Nintendo 3DS had a rocky start but sales began to pick up at the end of 2011.
HowStuffWorks.com photo

It's been a few years since we've seen a new console system from the big three players: Nintendo, Microsoft and Sony. At the 2011 Electronic Entertainment Expo, Nintendo launched the first volley in the next generation of the console warfare by announcing the Wii U. Sporting a new controller with its own embedded touch screen, the company hopes to get a jump on its competitors.

Rumors about the next systems from Microsoft and Sony were circulating by the end of 2011. One rumor suggests that the next Microsoft console will have Kinect-like features built into the system itself. One rumor goes even further and suggests the new Xbox will be able to detect your mood or read your lips using its cameras. Similar rumors suggest that Sony's next system will also have some sort of motion-control interface incorporated into the design.

On the handheld front, Nintendo launched the Nintendo 3DS, a gaming system with a glasses-free 3D screen. Sales at launch failed to meet the company's expectations, and Nintendo reduced the sales price of the system. By the end of 2011, sales had picked up and the 3DS was a success.

Another big story in gaming was about how smartphones and social networks were dominating in the casual games market. Based on the rumors and developments in 2011, we can assume the future of gaming will be in 3-D, it will be on your phone and you'll have to jump up and down to get anything done.