by Jonathan Strickland
Prev NEXT
18

Take 50 Tablets and Call Me in the Morning 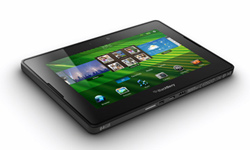 The BlackBerry PlayBook entered a crowded tablet market in 2011.
Research in Motion

It took more than a decade for people to accept the way the device looks and works, but now it looks like the tablet is the new must-have gadget. In 2011, we saw tablets debut on -- and disappear from -- store shelves. Some were big hits, while others are still searching for an audience.

Apple's iPad 2 set the bar. The tablet was a big success on launch day, giving Apple fans plenty to talk about for months. Motorola introduced the Xoom tablet, the first to run Android Honeycomb, Google's operating system for tablets. RIM's BlackBerry Playbook gave enterprise users something to think about. And both Amazon and Barnes & Noble introduced new tablet devices to the electronic reader market.

One of the most popular tablets in 2011 was a device that was abandoned: HP's TouchPad. In August 2011, the company announced it was discontinuing the webOS tablet and that it would also halt developing the operating system itself. The next week, HP began to sell the remaining TouchPads in stock for $99. There was a sudden rush on tablets -- the low price point was enough to entice people, even though there was no support for the device. Since then, HP has reconsidered the fate of webOS and has committed to moving it to the open-source community.