When 'Find My Phone' Fails

Browse the article When 'Find My Phone' Fails 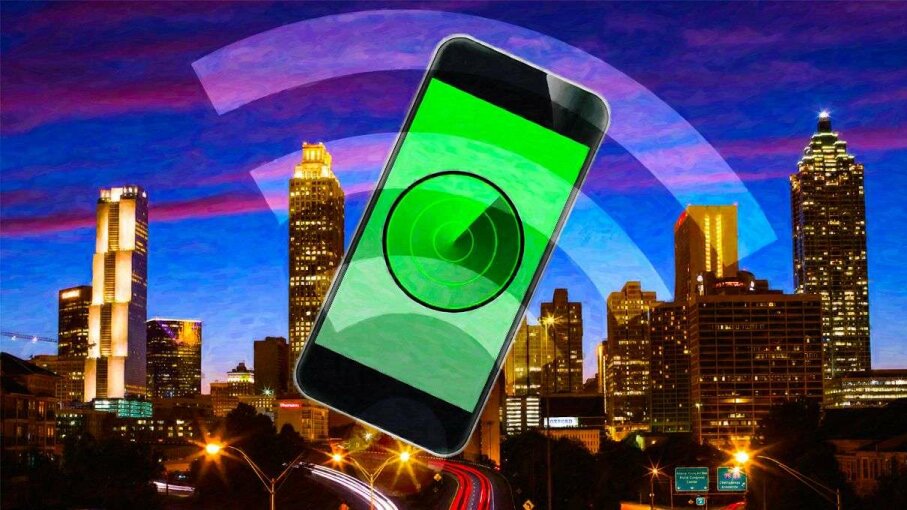 App developers love cellular data because it sucks up less battery life than GPS or WiFi tracking, but its also the least accurate. Dominic R./Thinkstock/Apple

Sometimes it happens in the middle of the night. There's a hard knock at the door, enough to wake Christina Lee and Michael Saba from a dead sleep. They approach the door apprehensively, even a little afraid. Who will it be this time: a rowdy group of teenagers, a ticked-off dude with tattoos or the cops? They all come to this nondescript house in the suburbs of Atlanta looking for one thing — their stolen smartphones.

Lee and Saba aren't thieves. They're 20-something professionals whose house address repeatedly and inexplicably shows up on phone locator apps like Apple's Find My iPhone. They understand how aggravating it is have your phone stolen, but it's even more aggravating to be accused of stealing it, again and again. Not everyone buys the couple's explanation — the app got it wrong — and the cops once held them for questioning when the smartphone of a missing girl was tracked to their house.  (Police ransacked the house but found nothing.)

Lee and Saba aren't alone. In 2013, a Las Vegas man was also repeatedly harassed by police and angry smartphone owners who showed up at all hours demanding their stolen devices. In England, police raided the wrong home based on bad data from phone locator apps. And an adrenaline-fueled New Jersey man beat up a dude on an iPhone whom he mistook for a thief based on inaccurate information from his phone locator app. (It turned out the man had left his phone in snack shop).

So what exactly is going on here? How can these GPS-enabled mobile devices — which are built to deliver accurate driving directions and tons of other location-based services — get so hopelessly lost?

To get some answers, we called Alex Haro, president of Life360, an app that lets family members keep track of each other using phone location data. Dad can receive an automatic notification when the kids are at school or when mom leaves work. You can even see the precise location of each family member — or their phones, at least — on a private family map.

Haro has a theory about what's going on with the unlucky Atlanta couple, but first we had him explain how phone location apps like Life360 and Find My iPhone work. The apps rely on data from several different sources:

·         GPS – Using “trilateration” (sometimes called triangulation), the phone calculates its distance from three GPS satellites to pinpoint its location within 50 to 100 meters (164-328 feet).

·         WiFi – Companies like Skyhook have mapped the physical location of millions of WiFi routers. Your phone automatically detects nearby routers, which can be used to calculate your location.

When data from each of these sources is combined, you can be pretty confident in the phone's location. But there are also limits to each technology, Haro says, and some known glitches. For example, GPS works great if you're standing in the middle of an open field with a direct line of sight to orbiting satellites. But if you're walking in the middle of Manhattan, the radio signals can bounce off skyscrapers creating an “urban canyoning” effect that produces wonky location results.

WiFi location data is also troublesome. For WiFi triangulation to work, companies like Skyhook, Google and Apple have to assign physical locations to WiFi routers using each device's unique SSID number. They capture this information just like the images on Google Street View, by driving cars around town and “sniffing” for WiFi signals. But WiFi routers can do something that most apartment buildings can't — they can move.

“That's what causes some of the really bad messups,” says Haro, when a WiFi router travels with its owner to another street or another state. “Why does my phone think I'm in New Mexico when I'm in Colorado right now? That's a WiFi problem.”

Location data from cellular networks has its own limitations. App developers love cellular data because it sucks up less battery life than GPS or WiFi tracking, but it's also the least accurate.

“The average margin of error is much bigger when you're talking with cell towers,” Haro says. “Sometimes you're only talking to one tower, so you can only tell how far you are away from that tower. You're not able to use the math around triangulation. When you see really bad accuracy location samples, it's usually due to cell towers.”

Which brings us back to our unfortunate friends in Atlanta. Which piece of the phone location data puzzle is responsible for wrongfully pinpointing their address as the location of dozens of lost or stolen smartphones?

A good place to start is with that guy in Las Vegas who was similarly cursed. In that case, all of the missing phones were owned by Sprint customers. Sprint did some investigating and eventually released a statement explaining that the unlucky homeowner, Wayne Dobson, lived in the “center of a geometric circle denoting the coverage area of one sector of a Sprint cell site.” If a phone locator app couldn't find more accurate information — like GPS or WiFi — it would rely solely on Sprint's cellular data. In that case, the default location would be the center of the coverage area, aka Wayne Dobson's house.

That makes sense, but the weird thing about the Atlanta case is that the people angrily banging on Lee and Saba's door are not only Sprint customers, but AT&T, Verizon, T-Mobile and more. They're not just looking for iPhones, but also Android and Windows phones. Since the problem exists across carriers and across platforms, Haro thinks that WiFi is at fault.

“The most likely theory is that there's a WiFi router that's incorrectly reporting its location as the couple's house,” he says. “I can't tell much more without access to the data, but the WiFi issue seems to be the culprit.”

Lee and Saba must have gotten the same diagnosis, because the couple went as far as registering the physical location of their router with Skyhook. But as of early 2016, the uninvited visitors keep on coming.

Now That’s Crazy
Smartphone theft is a serious problem. In 2013, more than 3 million smartphones were stolen in the U.S. with Apple devices being the most popular target. In New York City, 18 percent of all grand larcenies in 2013 — thefts worth $1,000 or more — involved Apple products.