What are the best free iPhone apps for children? 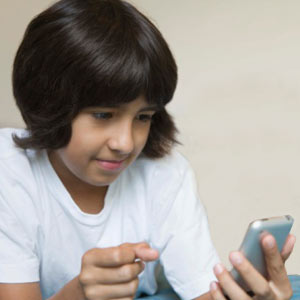 Since the iPhone's introduction in 2007, it has been popular. And its popularity only seems to be growing with the launch of the App Store -- Apple's service that allows iPhone users to download a wide variety of applications, commonly referred to as "apps," to use on their phones. Since then, more than 1 billion apps have been downloaded. There are apps to help you with your finances, apps to help you stay in shape, and there are even apps to help you teach your children -- or at least keep them occupied for awhile. Although many apps will cost about a dollar, there are also some great free finds or ones that have limited free versions.

When it comes to education, you can download apps to help your kids with everything from memory to math. Memory Match is an app designed to help toddlers with image recognition. It features pictures of animals that may keep your kids entertained for hours. An educational app for children who are a little older is Brain Toot. It's filled with educational games and includes math concepts such as multiplication and division [source: Catone].

If you're hoping your child will become musically inclined, you can download a free app called MiniPiano. It's a 14-key keyboard that simply mimics a piano. Another app, called TonePad, will even allow your child to write his or her own songs using simple dot patterns [source: Buckleitner]. If you have preschoolers, you can download Dress Chica. This app is a simple game of dress-up. Your kids drag clothes onto a small bird named Chica to dress her. If they shake the phone, she'll dance, and they can even save the pictures and e-mail them to people [source: Donahoo].

Keep in mind that many free apps are ad-supported, so your child may be interrupted by the occasional pop-up advertisement. Also, be aware that the app offerings sometimes change, so if you find that the cost or availability of the apps mentioned above are different, there should be several other similar apps available for free. There are also several great apps available for 99 cents, and more are added to the app store every day. So, if you're looking for something different, you never know when it might pop up.

For more information on iPhone apps for your kids, check out the links on the next page.