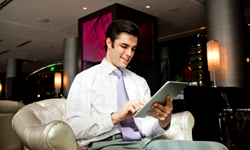 Some apps can be used for more than just fun, music and games. They can also make our lives a lot easier by increasing our productivity and organization skills.
Adam Hester/Getty Images

Remember when phones just made phone calls? These days, we use our phones for just about everything, including the occasional call. Apps for iOS and Android products allow us to send text messages, browse the Internet, map out our trips, listen to music and do just about everything else under the sun. Now, the smartphone market has spun off the tablet market, giving us the same powerful apps on a bigger screen.

But apps can be used for more than just fun, music and games. They can also make our lives a lot easier by increasing our productivity and organization skills. Many apps can also be used with other ones simultaneously and run in the background while you're taking on other tasks -- a process called multitasking.

In this article we'll list five great multitasking apps for iOS and Android that will help you manage your life better and take full advantage of your device's capabilities. 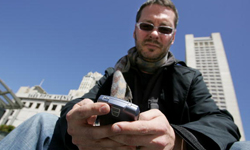 For blogging on the go, the WordPress app offers a lot of great features.
Justin Sullivan/Getty Images

Do you blog? Do you use WordPress? Then there's no reason to be chained to a computer in order to use it. For blogging on the go, the WordPress app offers a lot of great features.

With this app you can easily write content for your blog, edit posts and comments, upload and post pictures from your phone, and add your location with a mapping feature. Best of all, it has a multitasking feature that allows you to switch between browsers while using it.

WordPress is a highly rated app for one of the most used blogging platforms around. Use this app to turn yourself into the ultimate mobile blogger. 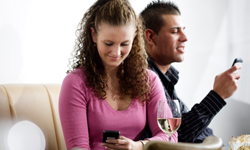 The LinkedIn app makes sure you're connected with all your networks at all times.
Willie B. Thomas/Getty Images

LinkedIn is a popular social network that presents a more professional alternative to Facebook. Most users post information about their work history and resumes. The LinkedIn App for iOS and Android is even better.

The app connects several of your social media tools together. With it, you can be simultaneously connected to Twitter, Facebook, WordPress and other sites. You can also do things like write a WordPress blog post and then let all of your Facebook friends and Twitter followers know about it at once. The LinkedIn app makes sure you're connected with all your networks at all times. 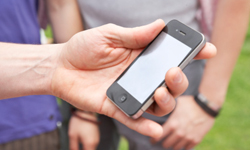 Dropbox solves the problem of getting files from your computer onto your phone and vice versa.
Rebecca van Ommen/Paper Boat Creative/Getty Images

Dropbox is an incredibly useful app that solves the problem of getting files from your computer onto your phone and vice versa. One of the very first multitasking apps, it also lets you easily transfer files between computers because it uses cloud storage -- the data isn't stored on a hard drive, but in an online network.

After installing Dropbox on your computer, any file you save to your Dropbox will automatically sync with other computers or devices with this app on it. For example, you can take pictures with your iPhone, move them to Dropbox and they'll show up on your home computer. They will also sync up with the Dropbox Web site. After you use this app for a while, you'll wonder how you ever lived without it. 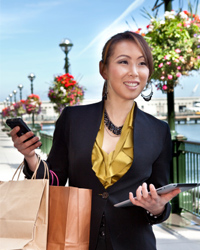 If you have trouble staying on top of tasks and remembering what's on your to-do list, Evernote is the app for you.
Geri Lavrov/Getty Images

If you have trouble staying on top of tasks and remembering what's on your to-do list, Evernote is the app for you. It lets you make several types of notes using text, photos and audio recordings. There are also several ways to organize your notes, and you can even use your device's GPS device to attach a location to them.

Best of all, Evernote has great multitasking capabilities. You can record notes while you're performing other tasks or using other apps on your device or phone. Once you've made a recording, you can sync them to your computer or other devices, and share files like PDFs. 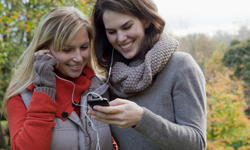 To put it simply, if you haven't tried Pandora yet, what are you waiting for?

Pandora is an incredible Web site that lets users customize their own radio stations. Simply type in an artist, album or song and Pandora will stream a playlist of songs very similar to your entry. You can also vote up and vote down songs you don't like. It's a great way to create party mixes without using your own music library, to find new music or just as an alternative to ordinary radio.

The latest Pandora app has multitasking, too. You can finally listen to Pandora while performing other tasks on your device. There's no reason not to take it for a spin.