by Nathan Chandler
Prev NEXT
10 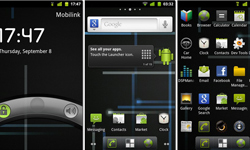 CyanogenMod is one of the most popular ways to overhaul your smartphone’s graphical interface. It’s not only pretty, but it's also full of new features.
Screenshot by Nathan Chandler

It's not really an app, but CyanogenMod is one of the most popular tools in a rooter's toolbox. CyanogenMod actually replaces the firmware, or ROM, in your phone's flash memory, providing a new foundation that strips away bloatware (those aggravating, preinstalled apps that you never use and can't remove) and adds all sorts of new functions. In a word, it's a stripped OS with some of the most desirable apps built in.

CyanogenMod offers up a sleek graphical interface that's highly customizable; you can choose from numerous interface themes that give your phone a splashy look. It lets you play back FLAC (Free Lossless Audio Codec) music, which audiophiles prefer to lower-quality MP3 files.

With CyanogenMod, you'll have integrated options for overclocking your CPU, which basically means you can squeeze faster performance out of your device. In addition, it offers built-in, incognito Web browsing, gesture-based screen locking and a graphic sound equalizer.

In short, CyanogenMod provides a solid framework for any rooted Android phone. Then you can add and mix different combinations of apps as you see fit.