5 Tips for Storing and Sharing Photos in the Cloud

by Nathan Chandler
Prev NEXT
2 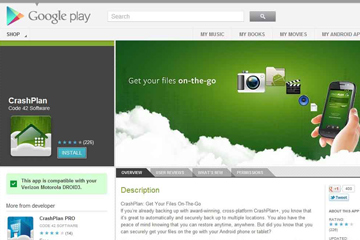 The mobile photo-sharing market is blowing up. As such, most services now offer a version that works through smartphones.
Screenshot by Nathan Chandler

With millions of people taking zillions of pictures on their cell phones, cloud services are making moves to satisfy the demands of mobile. In some cases, the kind of phone you use will influence your mobile cloud options.

If you own a Windows Phone, for instance, your images can be automatically synced to your Microsoft SkyDrive. And your Android phone (powered by Google's Android operating system) will easily help you sync to a Google Drive. Have an iPhone? You can funnel your images straight to Apple's iCloud.

On the flip side, SkyDrive won't let you use an Android phone. DropBox nixes Windows Phone, and Google Drive doesn't allow iOS devices or Windows Phone yet. Amazon Cloud Drive and Apple iCloud, though, couldn't care less what mobile device you're using.

No matter which phone you use, you have access to a range of photo-sharing apps. And although its mobile app gets plenty of criticism, Facebook's ubiquity and many options make it a solid option. You can even tag images quickly, no matter where you are.

Two caveats with mobile photos – understand your phone's data plan. Because photo upload and downloads consume a lot of data, you might quickly run up against data restrictions or exorbitant, especially if you have your phone set to auto-sync every photo you capture.

Also remember that you don't have to use the highest-resolution setting on your phone's camera. An 8-megapixel picture takes way more storage and bandwidth than a 2-megapixel file, so unless you're making really large hardcopy prints from your files, bigger is definitely not better.