by Wesley Fenlon
Prev NEXT
3

Plan Your Shots and Keep an Eye on the Crowd 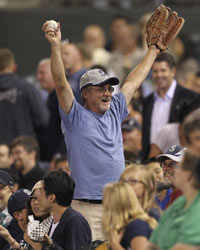