by Tristin Hopper
Prev NEXT
5

Go Into the Light 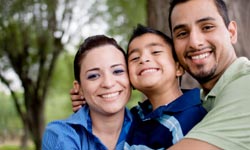 If you've ever wondered why Hollywood movies always look different than home movies, look no further than the end credits. For every actor in front of the camera, there are dozens of crew members keeping the actors well-lit with spotlights and reflectors.

Light is everything in photography, and your skills as a photographer are based largely on how well you can recognize light and capture it. Used correctly, light can enhance a subject's features and alter the atmosphere of a photo. A light shining in from the side can make a subject appear menacing. A light coming down from above can make them appear angelic. Used incorrectly, however, light can also highlight wrinkles and distort a subject's features.

In the typical portrait studio, you can find as many as six lights pointing at a subject. Since you probably don't have any large studio lights hanging around, you can substitute a large piece of white cardboard in a pinch. Just sit your family next to a window and use the cardboard to reflect light onto them.

In most cases, beginning photographers will find that their best photos are taken in the great outdoors. When outside, strive for indirect, diffused light. Instead of blasting your subjects with direct sunshine, you want it to be sprinkled lightly around them. That's why overcast days may make for bad tanning -- but they're gold for photographers.

If you're still getting a bit of shadow, you can always light up an outdoor scene using your camera's flash. But beware: The flashes on point-and-shoot cameras are notorious for making photo subjects appear dazed and washed out. Experiment with your flash to know its range. Too far away, and it won't work. Too close, and your subjects will appear sickly under the extra light. To soften the glare of a particularly vivid flash, you can also try shielding it with a Kleenex. 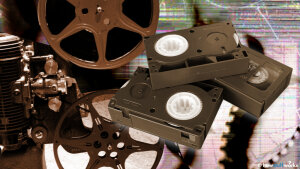