Say No to Drunk Dialing: The Breathalyzer Cell Phone

by Cameron Lawrence
Next 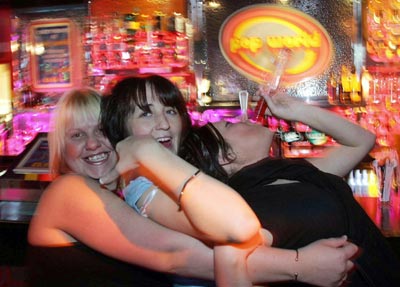 Gone are the days when drunk people had the buffer of a long walks or cab ride before reaching their home telephones. I’m talking about “drunk dialing,” ammo for ridiculing friends and the often fatal bullet to suffering relationships.

Today we have cell phones, and there’s nothing like those precious moments when your favorite barfly finds liquid enlightenment and has the means to immediately share each fresh revelation. Not that cab rides and stumbling home ever stopped anyone from picking up the phone while hammered, but it’s safe to say cell phones have only made things worse.

In an act of mercy for everyone involved, the cell phone gods have bestowed their grace on heavy drinkers: South Korean cell phone manufacturer LG plans to release a breathalyzer cell phone this year. The phone is already popular in South Korea to the tune of 200,000 users since its debut last year.

The LP4100, for those taking notes, allows users to program specific numbers into a do-not-call memory bank activated when a user’s blood alcohol level is over .08. When the user’s blood alcohol level exceeds the limit, the screen shows a swerving car running over traffic cones. I don’t care how drunk you are, that message seems clear enough to call a cab or benevolent friend.

Beyond the humor and saving people from making and receiving cringe-worthy phone calls, the LP4100 could be a useful tool in reducing drunk driving. Since there’s no sign people will drink any less in years to come, perhaps what we really need is a breathalyzer car key or a breathalyzer steering wheel. But when accountability comes down to plastic devices, maybe our problem is bigger than a lack of technology. (link)