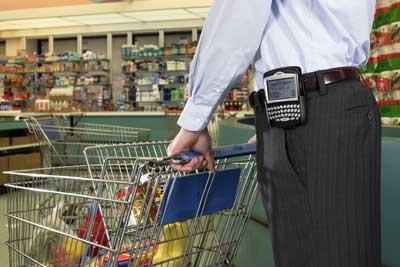 What is the world coming to when three hours without e-mail access is breaking news? In April 2007 and again in February 2008, major news outlets jumped on reports of BlackBerry outages like tigers on a piece of fresh meat. Ten years ago, a "BlackBerry outage" might have referred to the local berry crop having a bad year, but now, it's big news.

These days, many people are familiar with the ubiquitous BlackBerry smartphone, a souped-up cell phone with e-mail and Internet capabilities made by Research in Motion (RIM). BlackBerry outages, typically brief unscheduled interruptions in service due to things like software failures, are obviously not a matter of life and death, but they can be a major inconvenience for a 24/7 society. The outages are especially irritating to the many corporate types who rely on the device to improve their productivity.

BlackBerry outages can occur for several reasons: power failures, software bugs, viruses and critical component failures. Many of the BlackBerry service outages have happened as a result of glitches in upgrades. The number of BlackBerry subscribers now tops 14 million -- a far cry from the nearly 5 million customers the company reported two years prior [source: Reardon, Long]. That rapid growth can mean upgrades and, unfortunately, the occasional outage.

While some BlackBerry users get annoyed with the temporary outages, other customers have viewed them as a relief. Being constantly connected to e-mail isn't always easy; it has a way of disrupting that so-called work-life balance. The devices can be so addictive that they earned the nickname "crackberries," and users may even develop "BlackBerry thumb" from overuse.

In this article, you'll learn about the reasons behind some of the more significant BlackBerry outages and their effects. Find out why the BlackBerry network is susceptible to outages on the next page. 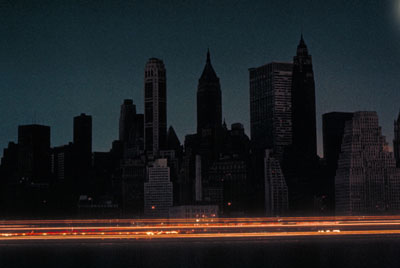 Since September 2007, BlackBerry Internet services have been significantly disrupted at least four times. Two of the major outages occurred within just 10 months of each other. Previous outages have occurred but didn't get the publicity because the devices have not always been so widespread.

BlackBerry outages first appeared on the public radar in April 2007. From the evening of April 17 until the following morning, millions of BlackBerry users across North America and parts of Europe and Asia found themselves unable to access the Internet or send and receive e-mail. They could, however, still make phone calls and send text messages.

RIM, the company behind the BlackBerry, doesn't go into much detail regarding the causes of the outages. In this instance, however, the company said the problem was triggered by a software upgrade designed to provide faster access to data. Instead, the upgrade unexpectedly interfered with communication between the system's database and its data storage, so information couldn't be transferred to individual users. To compound the problem, RIM's backup system also failed. The double failure led to a mountainous backlog of e-mails.

A similar failure occurred just 10 months later on Feb. 11, 2008. This time, RIM explained (vaguely) that the three-hour outage stemmed from a problem with upgrading the service's internal data routing system.

Part of the reason that some BlackBerry outages are so noticeable is that RIM only has two data centers to handle the e-mails of its millions of subscribers. One center is in Canada and handles messages in the Western Hemisphere and parts of Asia, while the other is in the U.K. and handles traffic from Europe, Africa and the Middle East.

The two network operation centers, or NOCs, receive e-mails from a company's e-mail server, confirm the users and then forward the messages to the corresponding BlackBerry. Other makers of smartphones, like Nokia and Microsoft, don't have centralized data centers, so if they were to have an outage, it would only affect a single company or operator -- much smaller in magnitude than the BlackBerry outages.

Not all BlackBerry users are equally affected by outages. Corporations and government organizations with their own internal e-mail setup often subscribe to the BlackBerry Exchange Server, or BES. With this service, companies have their own server on-site and thus are less prone to blackouts. Individuals, however, use BlackBerry Internet Service, or BIS, where e-mails are pushed from the mail account on an individual's computer, through one of RIM's data centers, to the individual's handheld device by phone carriers like AT&T.

The outages in September 2007 and February 2008 only affected users of the BlackBerry Internet Service. In these instances, BlackBerry services were temporarily interrupted or delayed because of maintenance, and large corporations didn't notice a thing.

But what happens when they do? Learn more about some of the potential side effects of BlackBerry outages on the next page. 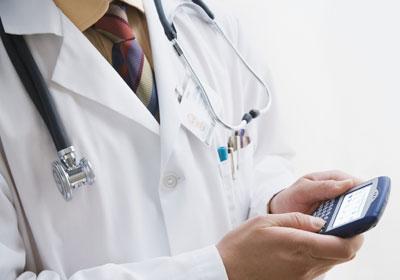 Some doctors use their BlackBerrys to get orders, prescribe drugs and diagnose diseases.
Jose Luis Pelaez/Getty Images

Many BlackBerry subscribers rely on the device to carry out daily operations -- things they used to do without technology. Who are those subscribers? In 2004, the BlackBerry Enterprise Server was installed in more than 17,000 companies and government organizations worldwide and counted more than 100,000 government personnel among its users [source: BNET].

The feds love them, too. The U.S. Department of Justice called them "essential for the federal government" in a motion filed to allow workers to keep using the devices, regardless of the outcome of its earlier patent infringement trial [source: Kawamoto].

Still not convinced? After the major outage in April 2007, a poll measuring the prevalence of mobile e-mail at large organizations found that 81 percent of respondents experienced noticeable disruptions in their company's operations [source: Rendleman].

They may not have known about PIN-to-PIN communication. This system allows BlackBerry users to contact one another even if e-mail and Internet service are down. Each BlackBerry has a unique PIN, or personal identification number, and users can send messages to one another with that. PIN messages aren't routed through the e-mail account, so they aren't affected by problems with the server or at the operation centers.

Whether BlackBerry outages will continue as users increase remains to be seen. As of press time RIM hadn't made changes to its infrastructure, but with revenue up 98 percent in the fourth quarter of fiscal 2008, it might be able to afford them. Some observers of the smartphone market speculate that the outages will drive away RIM's customers, but others think that the BlackBerry's benefits outweigh the cost of an occasional blackout. If RIM's recent numbers are any indication, the company will weather the outages just fine. Despite competition from the Apple iPhone, RIM sold a record number of the devices during its fourth quarter [source: Long].

For more on the BlackBerry blackout bonanza, you can try the links on the following page, as long as you're not trying to do it with your BlackBerry during an upgrade.

Government officials in France are not quite as lucky as their BlackBerry-toting North American counterparts. Due to concerns over espionage, the French government has advised French officials not to use the popular handhelds. French defense experts fear that e-mails passing through servers in either Canada or the U.K. are vulnerable to spying by the U.S. National Security Agency. RIM responded that BlackBerry e-mails are even more heavily encrypted than those of online banking Web sites and cannot be read by anyone, but the French aren't taking any chances. Ironically, part of the device's appeal to the U.S. government and other top officials is that it is accredited by security agencies in several countries [source: Associated Press].