by Holly Frey
Prev NEXT
3

As a PS3 Controller 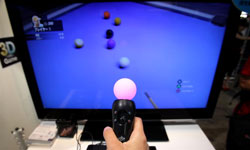