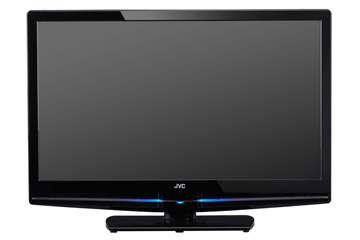 This is another LCD set -- plasma televisions tend to be more expensive than their LCD counterparts. It's a flat-panel television with a 32-inch screen and 1080p resolution. While it has the same viewing angle as the Samsung -- 178 degrees -- it has a lower contrast ratio at 3,700:1.

What the LT-32P300 lacks in contrast it makes up for in features. One of those features is an integrated iPod dock. You can connect your iPod directly to the television and watch or listen to content on the big screen. The television has software that allows it to upconvert the content from your iPod into a 1080p format so you don't have to worry about the normally tiny picture looking awful on the larger screen. The docking station will also charge a docked iPod.

The set has three HDMI inputs, two component video inputs, an S-video input and a PC input. It also has an optical audio output port. You can run an optical audio cable -- a cable that transmits audio using beams of light -- and connect your television to a sound system for a rich home theater experience.

Another nifty feature is the inclusion of a USB port. You can connect a camera or other device to your television with a USB cable and view pictures on the television screen.