Browse the article 5 Accessories to Get for Your HDTV 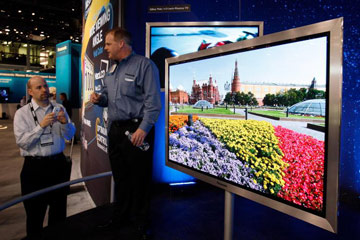 When you walk into an electronics store for the first time and gaze at the enormous array of brightly lit screens facing you, it can be easy to forget that you need more than just the television set to enjoy high-definition programming. And beyond the necessities is a world of accessories that can enhance your viewing pleasure -- possibly to the point where you'll never want to leave the house again. If your new HDTV is to be the centerpiece of your entertainment center, den or man-cave, you may want to look at a few other products to create the best viewing experience.

While the following list will help you get the most out of your HDTV, there are a few items that didn't make the cut that still merit some attention. Here are a few accessories that you may want to consider that are not on our list:

You may need to purchase special cables to get the most out of your HDTV. Component, HDMI and S-video cables can carry high-definition signals and provide sharper, more colorful images than composite cables. You'll find these cables come in a wide variety of lengths and prices, with premium cables costing hundreds of dollars. Within the home-theater enthusiast community, there's a spirited debate over whether high-end cables provide a noticeably improved experience.

Video game consoles with the ability to provide high-definition graphics are a good choice. Both the Xbox 360 and the Sony PlayStation 3 are capable of displaying games in high-definition resolution with the right television set and cables. The Nintendo Wii, while an innovative and popular console, doesn't emphasize graphics the way Microsoft and Sony's consoles do.

To fine-tune your HDTV settings and get the best performance, you may want to invest in a calibration system or DVD. These systems guide you as you set up your television so that your picture quality is at its peak.

If you have a flat-panel television, you may want to consider a wall mount. And because some people find visible cables unpleasant to look at, you may need to research solutions such as flat wire technology.

Now let's get to the accessories that made our list. First is the most basic -- and most important -- consideration you'll need to take into account.

Without HD content, a high-definition television is just an expensive electronic device. While you can watch standard definition on an HDTV, you won't get the benefit of the higher resolution you'd see with high-definition programming. Simply plugging a cable into your television won't be enough.

If you're already a cable or satellite service customer you'll probably need to upgrade some equipment before you can get HDTV content. If you're a cable customer, this may mean a new set-top box for the entertainment center -- depending upon the cable company, you may be able to connect the cable directly to the television set. If you're using satellite service, you'll need a special HD satellite dish as well as the right set-top box. Connecting your HDTV to one of these sources is usually pretty straightforward -- you connect a cable from your set-top box's output port to one of your television's input ports.

Whether you choose an antenna, cable connection, satellite dish or some combination, you'll want to make sure you're actually receiving HD content to make your investment worthwhile. Let's say you've got the HD feeds coming in. What's next? 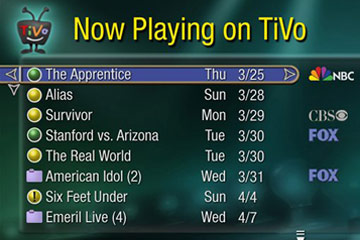 TiVo is one of the most popular brands of DVRs on the market.
AP Photo/TiVo

You have to hand it to TiVo -- the company revolutionized the way millions of people consume television. Before digital video recorders (DVRs) like TiVo, we relied on VCRs to record programs we planned to watch later. But recording onto video tape could be complicated depending upon the brand of VCR.

A good digital video recorder will have a simple (but deep) user interface and other features that make it easy to record television programming. But a normal DVR may not be able to record programming in HD format. For that, you'll need a special kind of DVR.

High-definition television programs pack hundreds of thousands of pixels into every second of the show. Storing a program in HD format requires a much larger hard drive to accommodate the extra information in an HD signal. You'll need an HD DVR if you want to record and watch the channels you get in an HD format.

Even with an HD DVR, you'll find that your recorder can only hold a fraction of HD programming compared to regular programming before it reaches capacity. For example, a 180-hour HD TiVo can only store 20 hours of HD content. Boxes with a larger hard drive can hold more hours of programming. The nice thing about DVRs is that you can always delete older content to make room for new shows.

With the right setup, you'll even be able to record multiple HD shows at the same time. This is great for those days when all the shows you enjoy watching seem to be on at once. Or you can watch one channel while recording another. And DVRs allow you to skip commercial breaks! People who become accustomed to having a DVR often find it difficult to revert back to watching television without one. 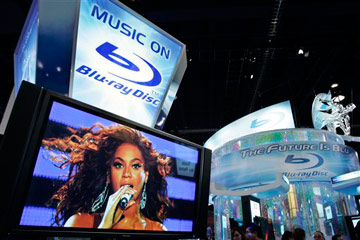 Blu-ray won the high-definition format war but will it win a place in your entertainment center?
AP Photo/Paul Sakuma

What about those times when there's nothing good on television and you've exhausted your DVR's library? Or you want to host a movie night at your house and really impress your guests with an amazing display of your television's capabilities? You have two options available to you: buy a Blu-ray player or a DVD player with upconversion capability.

Even after Sony's Blu-ray defeated HD-DVD in the great high-definition digital video disc format wars, consumers were slow to adopt the technology. High prices on both video players and individual Blu-ray movie titles discouraged people from purchasing a machine. Some potential customers balked at the thought of either splitting their video libraries into two formats or replacing all the normal DVDs they owned with new Blu-ray versions. Prices for Blu-ray video players have since fallen below $150 for some models, but adoption remains slow.

There's no question that Blu-ray players provide superior video content. The Blu-ray format can hold more information than a standard DVD. That means entertainment companies can fit more content and special features on Blu-ray discs than they can fit on a normal DVD. That might be enough to convince some home theater enthusiasts that the switch is worth it.

For those still reluctant to take the plunge into Blu-ray, there's another option. It's called upconversion or upscaling. A DVD with upconversion capability uses an advanced algorithm to make video from a standard DVD look more like a high-definition video. It's important to shop around for an upconverting DVD player -- some are definitely better than others. For smaller television sets you may not notice a difference between upconverted video and video from a Blu-ray player. But for larger televisions, you'll probably be able to see a difference in quality. 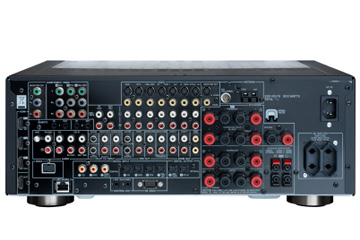 An A/V receiver acts as a home theater hub.
©iStockphoto.com/mbbirdy

So now you've got your HD video feeds sorted out and you're ready to experience high-definition programming. But what about the sound? The speakers on HDTV sets tend to range between fair to good. But most sets won't give you the same sound quality you'd experience at a movie theater. For that you're going to need some extra equipment.

One instrumental part of this puzzle is an A/V receiver. These devices accept video and audio input from various sources like cable feeds, DVD players and video game consoles. Then the receiver sends out signals to other equipment such as your television or a sound system. With an A/V receiver, you can route sound to speakers set up around your home theater to get that immersive surround sound effect.

The high-definition multimedia interface (HDMI) is a technology that can transfer uncompressed digital audio and video signals. Most HDTV sets available on the market have at least one HDMI port. If your set doesn't have one, an HDMI A/V receiver won't work with your system. Other A/V receivers may be compatible but may not provide the same quality as an HDMI unit. 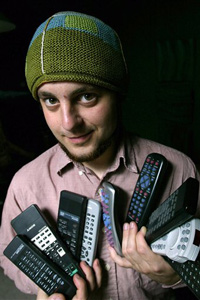 Now that you've established your home theater system, you'll need a device that lets you control every element with as little effort as possible. You need a universal remote control. A good universal remote should be compatible with most, if not all, of your home theater equipment. Some are so complex that you'll need to consult the Web to adjust your remote's settings before taking command.

A good universal remote does more than simply allow you to change channels or adjust the volume. Many of them allow you to create macro settings to tweak your entertainment system for a particular use. In other words, you may want to adjust your television's settings depending upon the content you're watching. Sporting events may need a higher level of brightness to look just right, while a movie may look best with lower levels. By programming a universal remote, you could switch from one setting to another without having to go into individual menus.

Some remotes will activate more than one device based upon what you want to do. Imagine that you've just come home and you want to watch an action movie on DVD. You pick up your universal remote and push the command to open your DVD player's disc tray. As you do so, the universal remote activates your DVD player, stereo system and television. It also switches your television's input so that it accepts the video feed from the DVD player. It does the same for the audio feed with your stereo system, adjusting the bass to the perfect level of seat-rumbling goodness.

Technology allows us to experience movies on a level that can rival the local cinema's performance. On top of that, you don't have to wait in line for the popcorn.

Learn more about HDTVs through the links on the following page. 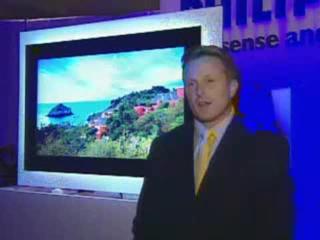